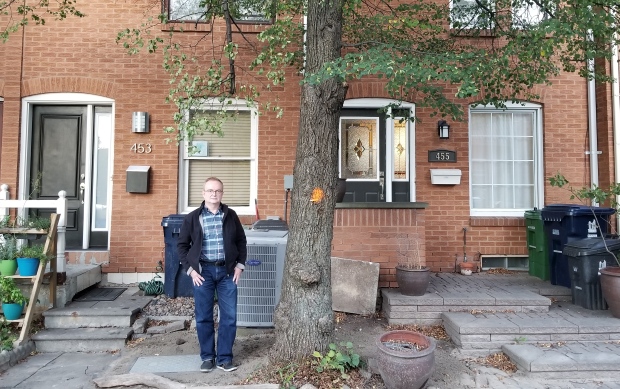 Stinson received a package from Bell which detailed what will happen during the installation. The pamphlet said that a “small 12 inch-wide hole will be dug, and a network box will be fitted into the hole and covered by a small cap.” However, the note from Bell also insisted that everything on the property would remain as it was prior to the installation.

During the construction, workers cut deeply into the roots of Stinson’s tree. After this incident, he sent a picture of the damage to the city’s Urban Forestry Operations department, who promptly requested the removal of the tree. Stinson said:

“I’m going to lose it. It provides privacy and shade in the summer; it’s a tragedy.” 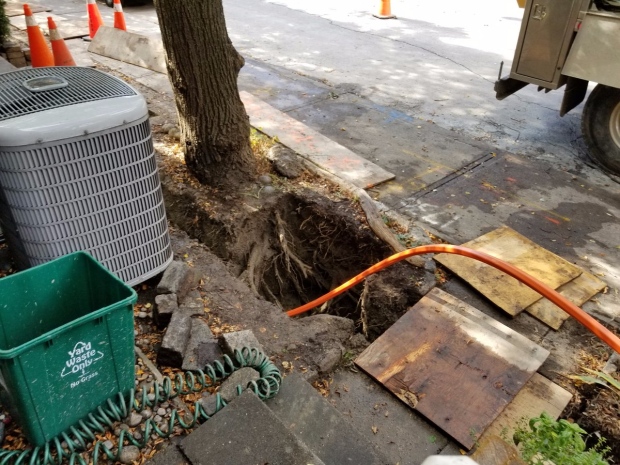 Unfortunately for Stinson, the damage to the tree was only the beginning. Recall that Bell was supposed to dig a “small 12-inch hole” for the network box. The technicians who came to install the fibre optic internet actually dug a 33-inch hole that took up a large portion of Stinson’s yard. Stinson said:

“They came and knocked on my door [and said] we’ll leave your land exactly as it was. They’ve basically lied to me.”

Bell responded to Stinson over Twitter saying that they were “sorry to see this happen” and reassured Stinson that they were investigating the matter. CBC Toronto reached out to Bell Canada about the issue and found out that Bell will be planting a new tree as soon as possible.

Other neighbours experienced similar nightmares during this installation process. For instance Nell Ban Meter, who lives on the same street, “went to bat” after Bell wanted to dig up shrubs that took over 20 years to grow.