Bell announced last week that it is buying Corus Entertainment’s HBO content licensing rights in Canada. As a result, Bell will become the only operator of HBO Canada on a national scale across all platforms, which raises the question of whether it will offer HBO Now in Canada as in the US? 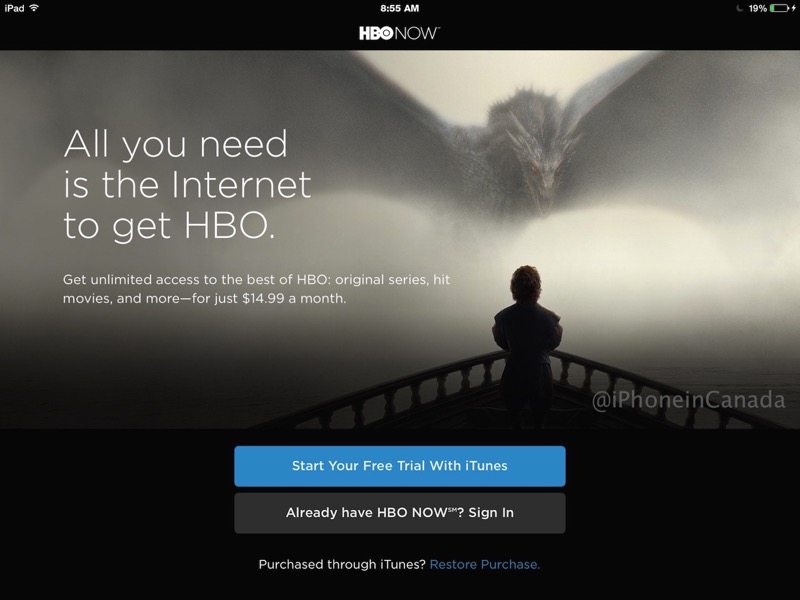 As Alphabeatic’s Peter Nowak points out, before the acquisition Bell handled Eastern Canada and provided HBO programming for TV subscribers via TMN, while Corus was responsible for the west and north, and offered it through Movie Central.

Now, with Bell being the sole owner of HBO content rights, the company is capable of offering a Canadian version of HBO Now, a standalone streaming service that launched in April in the US. Since then, the word on the street is that it has grossed between 1 and 2 million subscribers.

So what options does Bell have? It already has Crave TV, but, as Nowak highlights, based on a study issued by Solutions Research Group, Canadians are willing to subscribe to multiple streaming services on top of Netflix. However, there is less data on how much they are willing to pay for all these services.

As a result, Nowak sees two options: Bell could charge roughly $20 per month for Crave TV offering both Showtime content and full HBO, or could offer tiers for $10, let’s say, where you could get basic Crave TV and the new content for a further $10. Which path will Bell walk? We should find out soon.