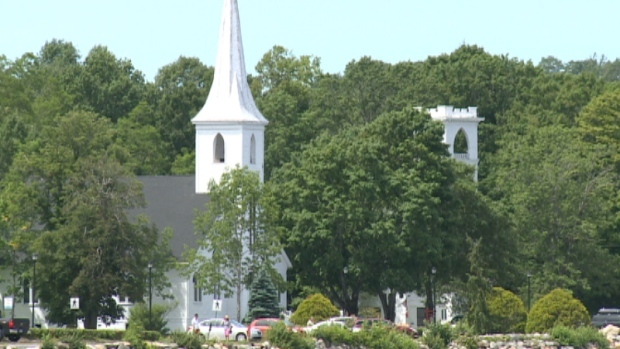 Barry DuPuis, who lives in Mahone Bay and is part of an opposition group, says that if the Bell cell tower reaches a certain height, it may disrupt the iconic view which is commonly featured in postcards and paintings. “We met with Bell last week to discuss it,” said DuPuis. “We discussed before going to council that there would be enough time for people to understand all of the issues around the proposal and not to ram it through, and there would be a June/July meeting with the council,” he added.

However, DuPuis was surprised to find out that the request would go forward at today’s meeting and he now worries this does not give the community enough time to understand the proposal:

“If you miss one notice, or if you miss one meeting, you could find yourself in a situation of having a tower there … in a matter of months and the decisions can be made in a matter of, you know, 30 days,” said DuPuis, who has been circulating a change.org petition to raise awareness of the new request.

Meanwhile, Mahone Bay Mayor Joe Feeney is not concerned about the structure being rebuilt:

“I don’t think there is a problem with them replacing the pole that is there now with another one at the same height. That’s not a big extension, but it does cause me concern because I don’t know why they want to do it,” said Feeney.

Should Bell be allowed to proceed with the tower’s extension?