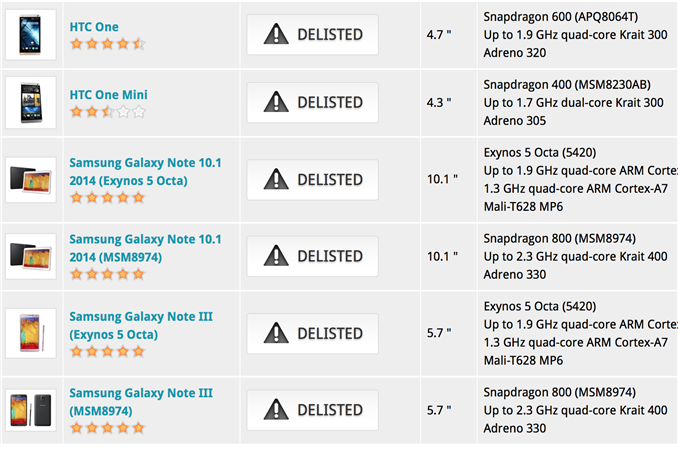 Last month, AnandTech released a report that showed how almost all Android smartphone manufacturers are cheating benchmark scores, with Samsung topping the list with its flagship Galaxy S4 and Galaxy Note 3 devices. However, it seems that 3DMark benchmarking app developer Futuremark, is now delisting all cheating Android devices from its database, as pointed out by AnandTech.

“In response to OEMs effectively gaming benchmarks, we’re finally seeing benchmark vendors take a public stand on all of this. Futuremark is the first to do something about it. Futuremark now flags and delists devices caught cheating from its online benchmark comparison tool.

Obviously this does nothing to stop users from running the benchmark, but it does publicly reprimand those guilty of gaming 3DMark scores. “

Currently, the devices that have been delisted by Futuremark are the HTC One mini, HTC One (One max remains in the score list), Samsung Galaxy Note 3 and Samsung Galaxy Tab 10.1 (2014 Edition). All delisted devices have been sent to the bottom of the 3DMark Device Channel and the Best Mobile Devices list.