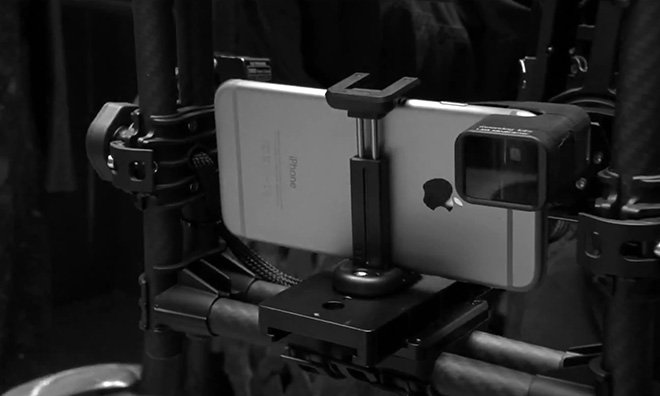 Last year, Bentley shot an ad entirely with the iPhone 5s, which was edited on an iPad Air as well and now, the luxury car maker has repeated the effort to commemorate the Savile Row Bespoke exhibition in Washington, D.C. The new short film, which is officially a part of Bentley’s “Intelligent Details” series, focuses on four major houses on Savile Row, each of which created a bespoke driving jacket for the UK automaker (via AppleInsider).

With its short documentary, Bentley promotes “Savile Row and America, a Sartorial Special Relationship,” an exhibition put on by the Savile Row Bespoke Association that traces the connection between America and the English street famously known for bespoke tailoring. Hosted by British Ambassador to the U.S. Sir Peter Westmacott at his residence in Washington, D.C., the exhibition runs from May 14 to May 15 with Bentley as a main sponsor.

The core equipment used to shoot the new short film includes Apple’s iPhone 6 and 6 Plus, MoVI M5 stabilized camera system, a BeastGrip Pro to mount professional lenses and filters, and an anamorphic lens from Moondog Labs.

Check out the film and a behind-the-scenes video below: