‘BerryMover’ Lets You Move All Your BlackBerry Data To iPhone Quickly, Download Now

Update: Here are two promo codes for BerryMover–get them while they’re hot!

I’ve personally known a couple of guys who’d gladly ditch their Blackberrys for an iPhone only if they knew about an easy, one step solution for moving all their contacts, calendars, tasks, notes, text and email messages from their Blackberrys to the iPhone. Well, I’m pretty sure that this would definitely be of interest to all those stuck with their precious data on their Blackberry handsets. Its called BerryMover and its latest update i.e Version 1.2 has made it even better than before. The update adds support for Mac OS X with improved support for SMS among other fixes. 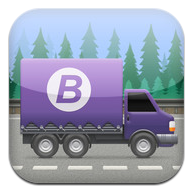 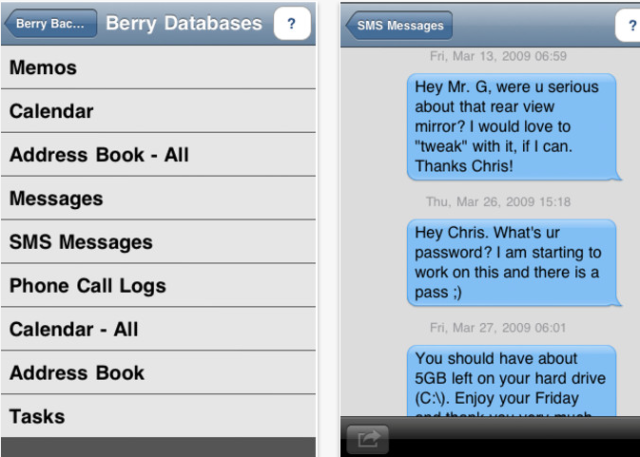 Below is the complete iTunes description:

Reclaim all the data stuck on your old BlackBerry and move it quickly and easily over to your iPhone with BerryMover. BerryMover moves all your data with just a few clicks.

Without BerryMover, there would be no way to pull the data from your BlackBerry and your valuable info would be stuck there forever.

It’s simple and powerful. Here’s what you get with your copy of BerryMover:

-A video tutorial on how to get your BlackBerry backup onto your iPhone
-Simple, fast importing of your data
-Select all or only a few items
-The ability to view or import appointments, contacts, tasks, notes, text messages and much more.

And it comes from PocketMac, the inventors of the first BlackBerry-to-Mac sync product so you know that we know what we’re doing.

BerryMover has been featured in the following publications:

UPDATE: If you are using a .BBB file instead of a .IPD file, please read this note.

First, rename your .BBB file to .ZIP. Then double-click it. This will unpack the file into folders.

You’ll want to look for the “Databases” folder. You’ll see a file called “Databases.ipd”. Just drag that file out out onto your desktop and import it using the steps we’ve just gone over.

BerryMover is available for $9.99 in the App Store. You can get it via the following link: