Best Buy has released their Boxing Day “week-long sale” flyer and within it are some sales on the iPhone 6 and iPhone 6s on two-year terms. 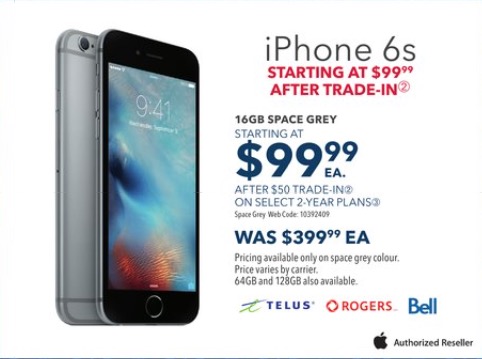 Similar offers are available for Space Grey and Silver iPhone 6 models after trade-in and on contract: 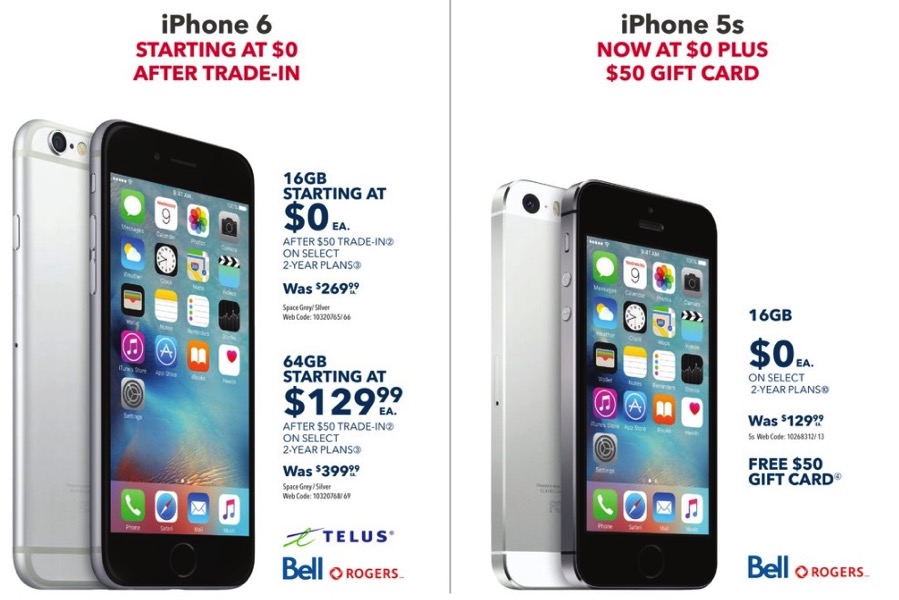 Again, if you’re into contracts, these may be for you, but you’ll be required to pay minimum monthly plans to meet subsidy requirements and trade-in an old phone.