Best Buy retail stores in Canada are the first to introduce a new hybrid display table for the Apple Watch and iPhone 7, in addition to built-in Google Stores that showcase ‘made by Google’ products from the search giant.

Patently Apple has posted a few photos of the new hybrid display table for the Apple Watch and iPhone 7. Check out an image of the display table below: Best Buy stores across Canada have also started to launch new Google ‘store within a store’ spaces, which are used to showcase all ‘made by Google’ products like the new Pixel smartphone and Daydream VR headset. 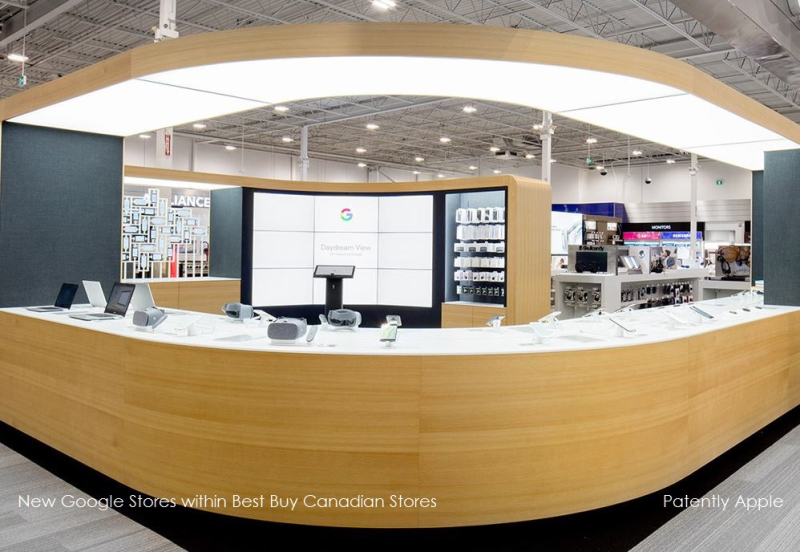 The Google Stores within Best Buy will also be used to host various workshops and sessions that will teach customers about Google’s latest products. Watch the video below to get an idea of what Google’s ‘store within a store’ looks like: