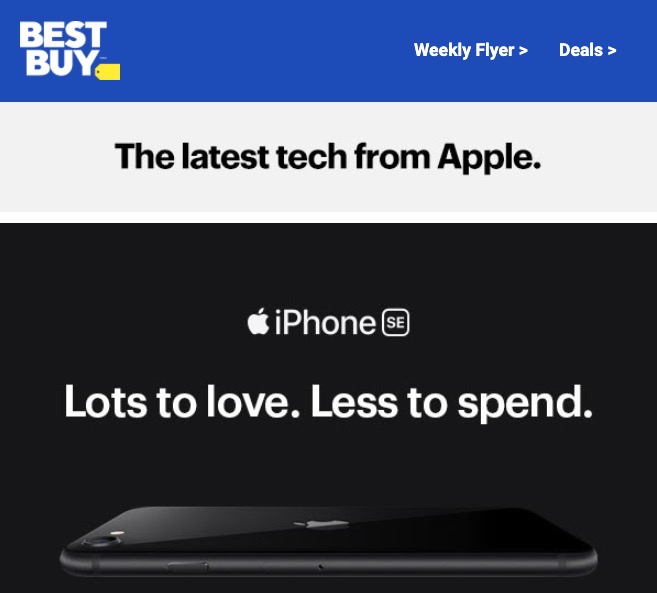 Earlier today, the embargo was lifted on the first 2020 iPhone SE reviews, published by Apple’s hand-picked media outlets given early access to the device. The new iPhone SE is set to launch on Friday, April 24.

Best Buy Canada has announced today you can now pre-order the 2020 iPhone SE online and at stores. Availability and pricing online are showing pretty much the same as Apple.ca, except for a $0.99 markup.

Why pre-order from Best Buy? If you don’t have a local Rogers/Fido, Telus/Koodo or Bell/Virgin store near you, Best Buy can activate phones from all the major carriers.