Best Buy’s current flyer ends today, which offers a sale on some Apple products. A current in-store only deal as part of their VIP sale is offering 15% off $100 iTunes cards (via RFD); this is only being advertised in-store and is not available online.

Normally, Costco’s 20% off deal in-store is the best, but this 15% off sale is not bad if you have a local Best Buy nearby.

For those thinking of an Apple Watch Series 2, Best Buy says if you buy the watch with Powerbeats3 wireless headphones (powered by the same W1 chip as AirPods for easy pairing and fast charging), you can save $100 off the combo. 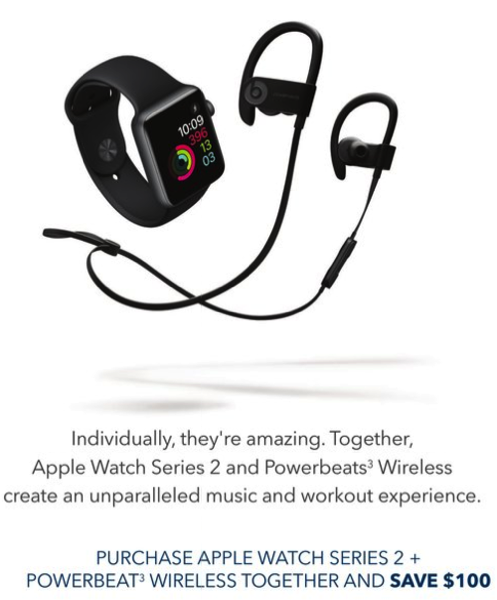