If you’ve been waiting to upgrade to an iPhone, Best Buy has informed us you can get the iPhone 4 for $0 on contract this Friday.

As part of their ‘Free Phone Fridays’ promotion, a 16GB iPhone 4 will be free on a three year contract from Rogers, Telus, Bell, Virgin, Fido and Sasktel. Even at ‘free’, the iPhone 4 is still a phenomenal phone. But, if you want the latest and greatest the iPhone 4S is probably calling your name. 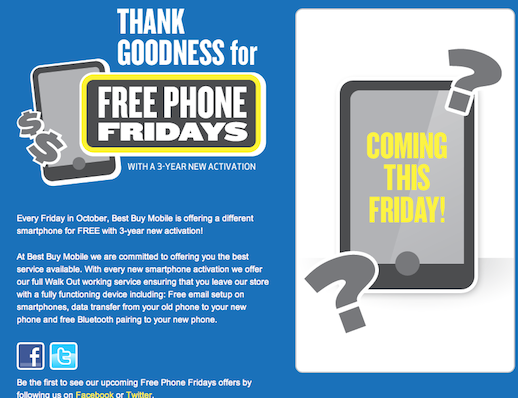 Also, as part of their iPhone 4S launch, all Best Buy stores will open at 8AM. If you pre-ordered the iPhone 4S from Best Buy, you’ll need to pick up your order before 10AM.