Best Buy has a VIP sale today only (Thursday, June 30), both in-store and online, which includes some sales on iPhones and MacBooks.

Right now, an entry 16GB iPhone 6 on Bell or Rogers is available for $0 on contract—but it includes a $100 Best Buy gift card. Of course, a minimum monthly plan of $80 or so will be required. 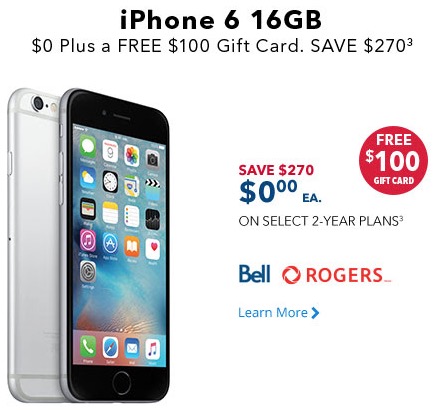 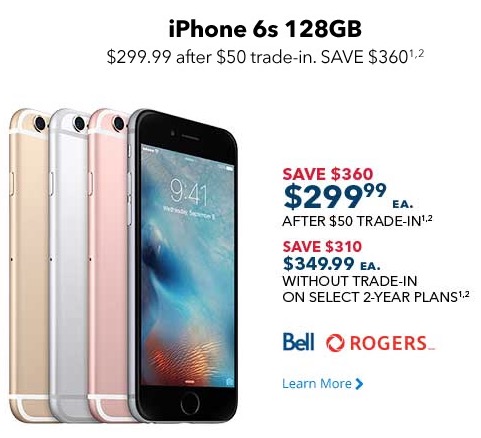 As for MacBooks, right now you can save up to $200 off select models, such as the MacBook Air and MacBook Air with Retina display (you may want to wait as new MacBooks are said to arrive this fall): 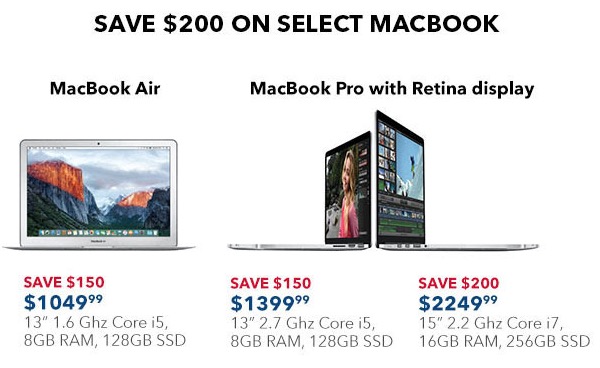 These sales are available both in-store and online and for today only.