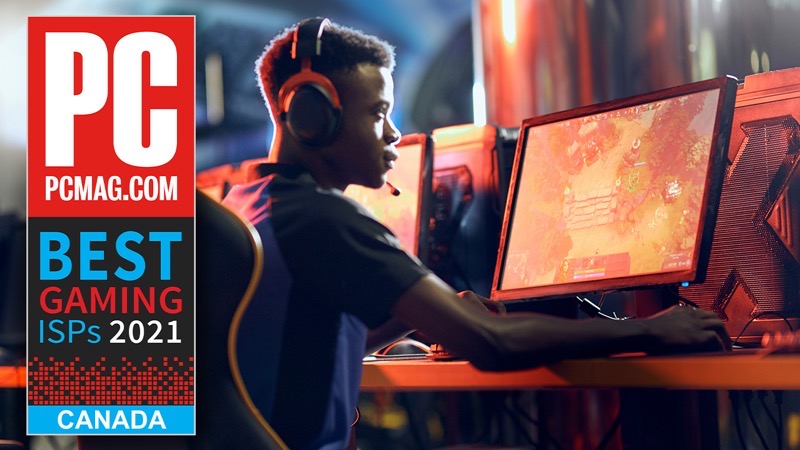 PCMag has released the results of its 2021 Best Gaming Internet Service Provider (ISP) in Canada, and the winner this year goes to Shaw, followed by Bell Canada, Telus, Rogers, Cogeco and Videotron. 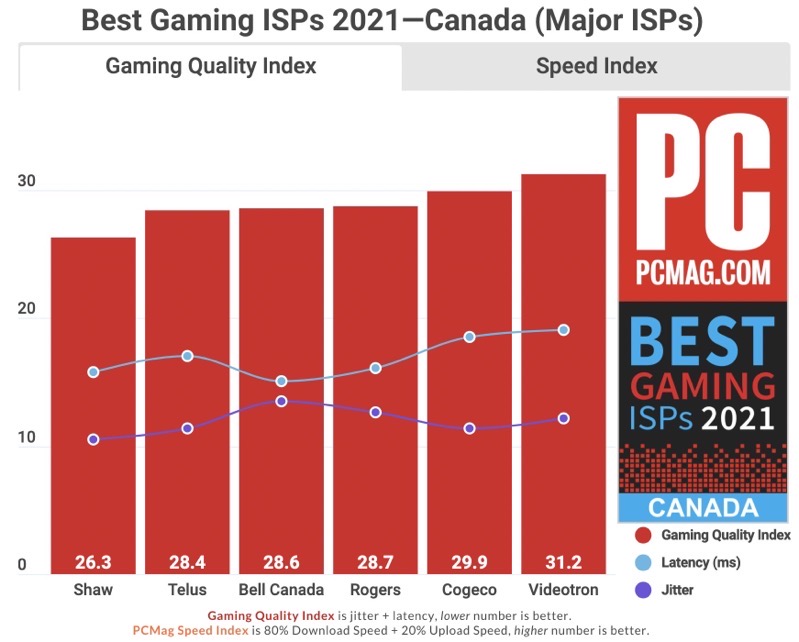 Last year, Telus won the best gaming ISP award from PCMag, while Shaw has now reclaimed the title, after winning it two years ago.

As for the best gaming speeds in Canada, this year it goes to Bell Canada.

PCMag says when it came to latency and jitter all ISPs saw an increase, though Videotron was least affected this year, explained a spokesperson in an email to iPhone in Canada.

As for noteworthy ISPs, Beanfield Metroconnect, Valley Fiber, Virgin Mobile, and SaskTel beat out major ISPs in Canada, as another option for gamers.

The best province for gamers goes to Newfoundland and Labrador, “based on average ISP numbers” and also a “blisteringly high” speed score.

All tests are made based on data from the PCMag Speed Test. “We calculate a Gaming Quality Index by adding together the average numbers on an ISP’s latency and jitter. We then use it to compare ISPs head-to-head for quality. The lower the number the better; the lowest index wins,” explains the publication.