AppAnnie has today published lists of top-downloaded, top-earning and top-used iPhone and iPad apps of all time on the App store. ????????????????????????They have calculated the top-downloaded and top-grossing apps since they activated their trackers back in 2010. Furthermore, recent usage data of these apps was also examined to gauge which of them are still widely used. 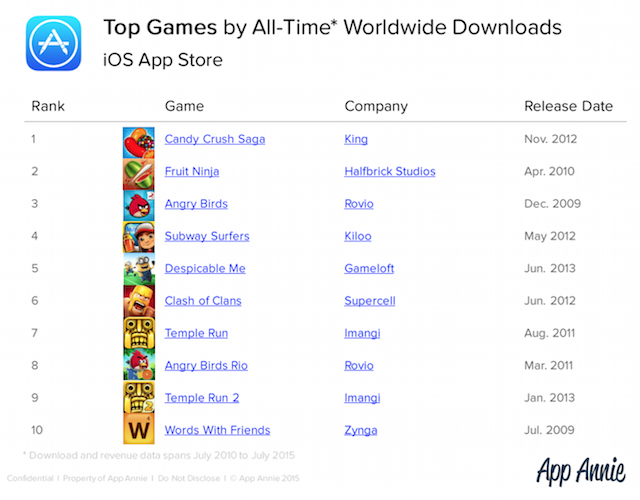 As you can see above, Candy Crush Saga tops the list of Top Games by all-time worldwide downloads in the App Store, followed by Fruit Ninja and Angry Birds. The Angry Birds and Temple Run franchises both boast 2 games in the Top 10 and in each case, the original game ranks higher. In terms of revenue though, both games are not found in the Top 10 list, with Clash of Clans topping the charts followed by Candy Crush Saga once again and Puzzle & Dragons at third spot (see below). 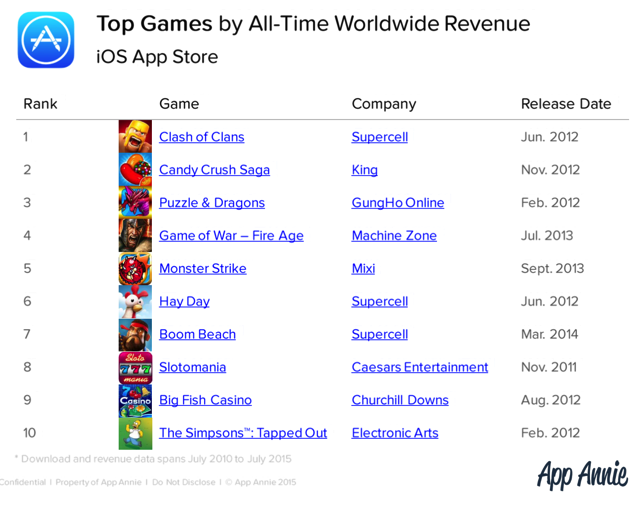 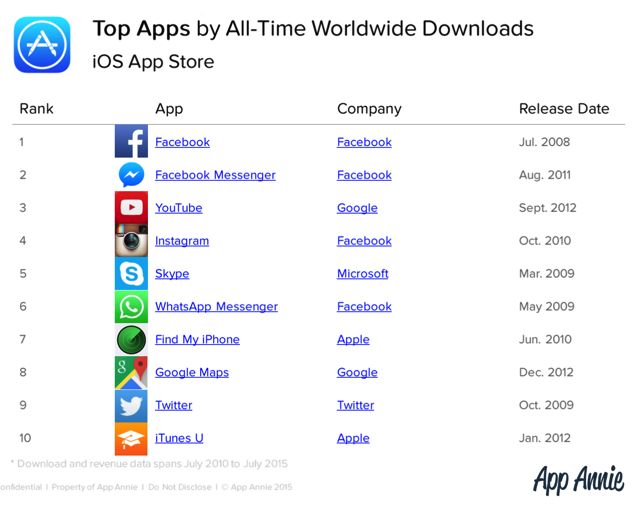 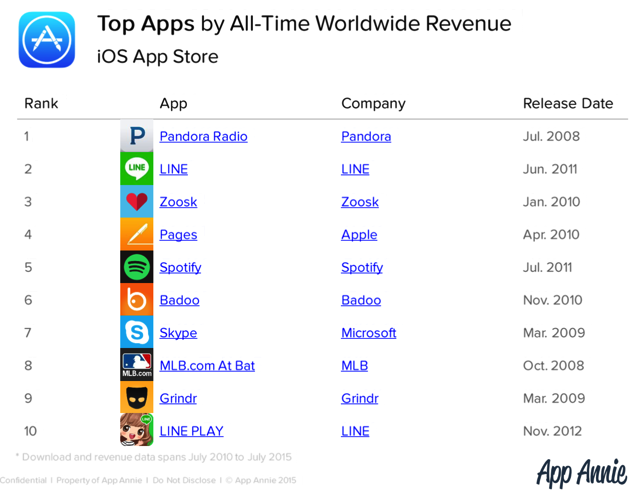