Apple has updated their Beyond WWDC page, which details unofficial events developers can attend at this year’s conference.

The latest additions include the following: 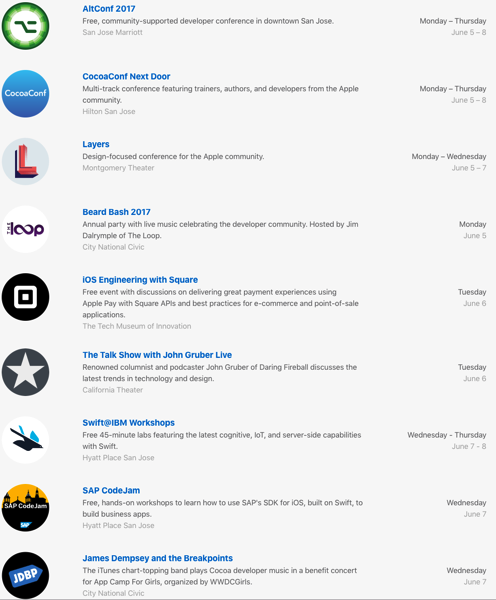 In total, nine events are listed on Apple’s page for developers.

One of the most prominent events to attend will likely be again The Talk Show with John Gruber Live. Last year, the columnist had Apple executives Phil Schiller and Craig Federighi join him live on stage for his podcast. Last year marked the second year in a row Schiller joined Gruber live on his podcast at WWDC.

Apple again is expected to announce new updates for its operating systems, while also is rumoured to unveil a Siri speaker of some sort, along with a 10.5-inch iPad Pro.