A couple days ago we posted about the top 10 passcodes every should avoid using, based on data by Daniel Amitay, the developer of the app Big Brother. As documented on his blog, Daniel writes Big Brother was removed from the App Store as of last night.

A contact from Apple’s Developer Relations called Daniel last night, and the reason Big Brother was removed because Apple believed he was “surreptitiously harvesting user passwords”. Obviously, this was not the case with Big Brother, as Daniel points out:

Obviously this is a mistake on Apple’s part, as Big Brother doesn’t reveal specific password data, as it’s all anonymized. There’s no way passcodes are tracked down to individual users. Daniel notes Section B of the iTunes EULA should have covered what data Big Brother was collecting.

Amitay noted the caller from Apple did not know about his previous article on password data. He believes his original article was heard by word of mouth at Apple and the company actually thought he was stealing passwords.

I bet Big Brother will return to the App Store soon. The removal of the app is just going to get Daniel some amazing publicity. 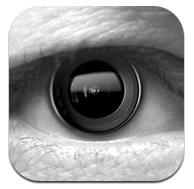