Big-Money Investors are Taking a Step Back from Apple: RBC

According to a new report from RBC Capital Markets, some big-money investors that used to bet heavy on Apple, are now turning their backs on the iPhone maker as the company is no longer a top overweight holding in Russell 1000 value benchmark funds (via Markets Insider). 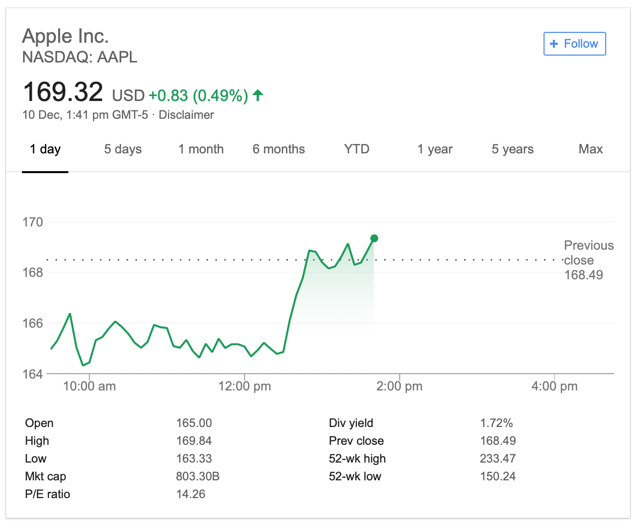 RBC’s equity strategists, who examined data from 158 funds that benchmark to the Russell 1000 value index, found that Apple was the only name to have fallen off those funds’ list of common overweight positions in the third quarter. They also found that 35% of Russell 1000 large-cap value funds owned Apple and all of those positions were overweight.

For those who don’t know, overweight positions in a portfolio are those which managers hold in excess relative to the security’s weight in the underlying investment portfolio.

Apple is now having a dismal fourth quarter. Shares have plunged 24% in three months as headwinds arise from the US-China trade war and concerns around the iPhone cycle.

Speaking broadly about the trends in large-cap funds during the third quarter, the RBC equity strategists said the “few changes that we did see may reflect shifting interests among long-only investors.”

Apple, however, remained a top holding among large-cap funds as 67% of S&P 500 funds owned the stock.