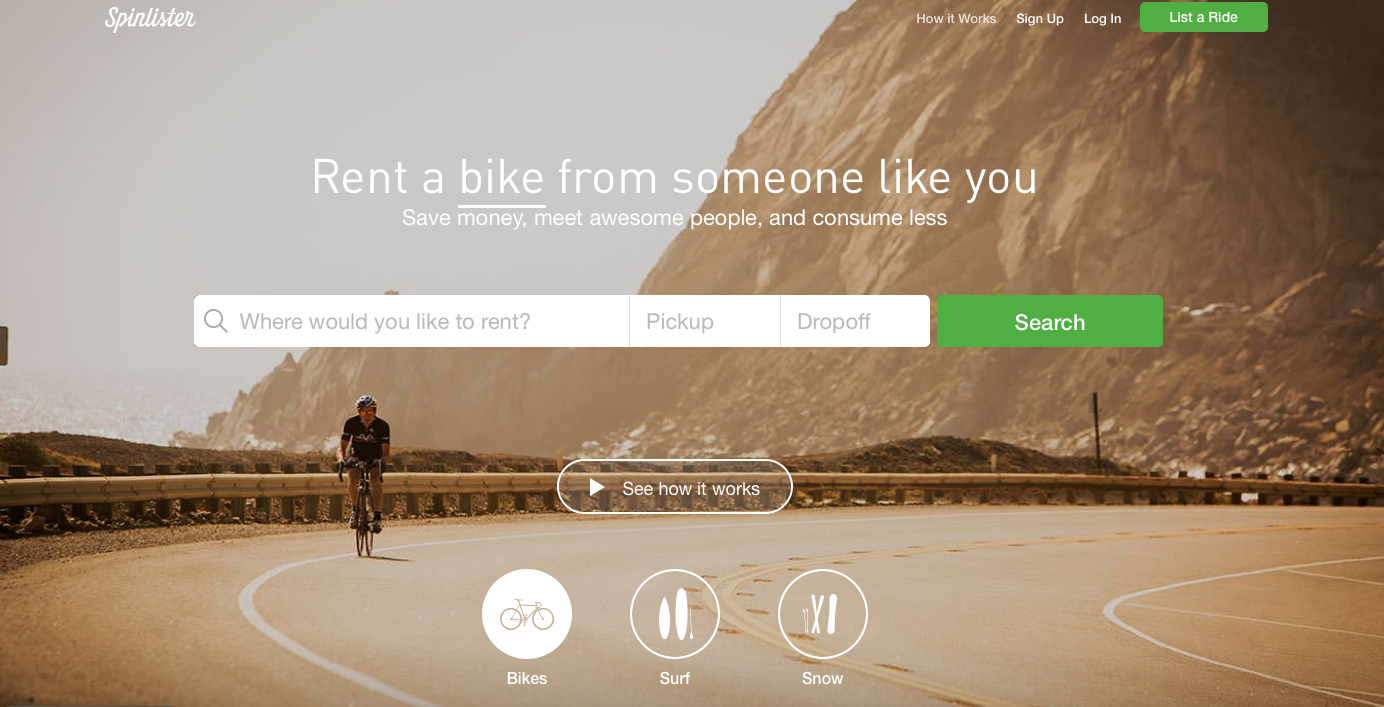 Spinlister, a bike-sharing service that describes itself as the Airbnb of cycling, is making inroads in Canada.

The service allows people to list their unused bicycles on a website where others can search for them by location. The bikes can be rented for certain periods of time, including hourly, daily, or weekly, through the company’s website or app. Users also have the ability to search for a bike by type, frame size, and rider height.

Spinlister, which is a California-based company, launched in 2012 and branched out into Canada and other countries in 2013. Company spokesman Andrew Bately says there are a few dozen bikes listed in Toronto and Vancouver, but the demand is far greater than the supply.

” 70 per cent of people who rent through the site do it while travelling, while others book bikes for charity events or to test drive expensive models before investing in one of their own.

And many of those who rent out their bikes are cycling enthusiasts with more than one in their arsenal.”

All bicycles under the service are insured for $10,000 and the owner of the bike is not liable if the rider is injured. Bately says the no bike has ever been stolen by a renter, and he believes this is due to the fact that renters have to enter a valid credit card number before they use the service.

Renting a bike in Toronto will cost you between $15 to $100 a day, depending on the model of the bike. Spinlister currently takes 17.5 percent of the rental fee.

The company says that it is currently hard to find a bike in certain cities, however, they believe this will get better with time as the user population of the service continues to grow.