When Time Magazine’s Rick Stengel asked Bill Clinton “What does Steve Jobs tell us about leadership in the 21st century?” at a conference in Chicago on Oct. 11, 2011 i.e six days after Jobs’ passing, the 42nd U.S. President revealed how he had a breakfast with Steve four days before the iPhone went on sale and also about Jobs’ long battle with the cancer that eventually killed him (via Fortune). 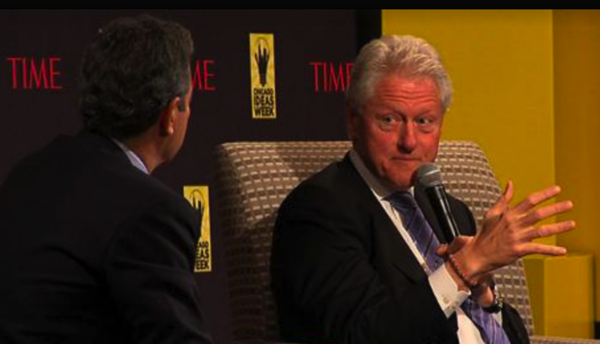 Clinton said he wasn’t sure Jobs’ leadership style wouldn’t have worked in the political arena. “You have to be somewhat more inclusive and you don’t have the same amount of authority without checks”, he added. The most important lesson he learned from Jobs, Clinton says, is that “He figured out what he was good at — where his gift was — and he nourished his gift. The other thing is, he had a sackful of guts.”

“This cancer I have is very clever,” Clinton remembers Jobs telling him not long before he died. “I have beaten it back repeatedly. But I have fired all my ammunition, and it keeps coming up with new ways to attack me. I’m not sure I got any more weapons left, but I’ve had a good time trying to beat it.”