Billboard to Change the Way it Counts Music Streams

Billboard has today announced that it is changing the way its influential music charts deal with streaming, a move seemingly sparked by a controversial YouTube video put up by artist Post Malone’s label that helped his song reach the No. 1 spot on the Hot 100. The entertainment media brand says that greater emphasis will now be given to paid subscription streams, although ad-supported activity will remain an important factor. 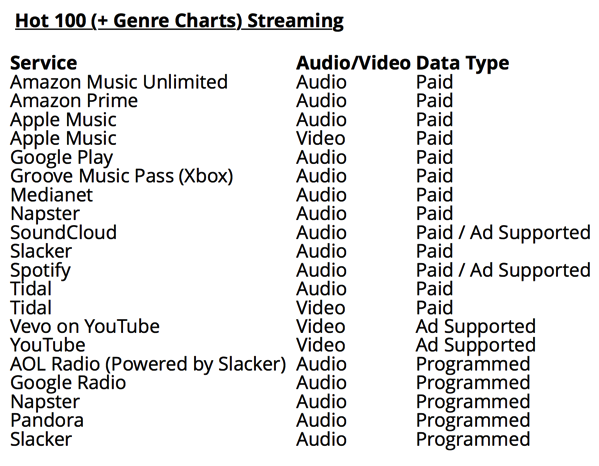 Until now, Billboard has been treating all “on-demand streams” such has Spotify, YouTube, Apple Music, etc., as well as what they call “programmed streams” from online radio stations like Pandora, where the song was chosen by the service itself rather than the listener, the same way. But from now on, plays that happen on paid services like Apple Music or Spotify will be weighed more heavily than streams on free services like YouTube or Pandora.

In 2018, Billboard will have multiple weighted tiers of streaming plays for the Hot 100, which take into account paid subscription streams, ad-supported streams, and programmed streams. Streaming, along with all-genre radio airplay and digital songs sales data, make up the three metrics of the Hot 100’s methodology.

Billboard concludes by saying that it will always remain responsive to the marketplace “so that our charts continue to be the most credible and relevant measure of music popularity”.