American pop star Billie Eilish is all set to co-DJ with her father Patrick O’Connell on the new Apple Music show “Me & Dad Radio.” The first of six planned episodes will premiere on Apple Music May 8 at 3 p.m. ET, noon PT. 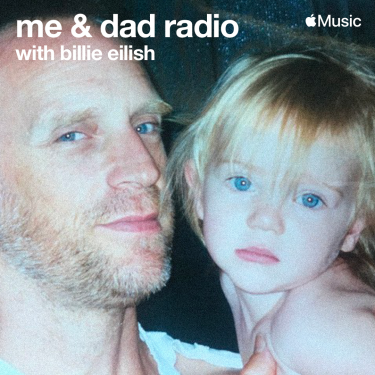 “My dad and I have had this relationship over the years of sharing music with each other,” the 18-year-old singer and songwriter told Apple Music’s Zane Lowe while announcing the new show.

“My dad has shown me some of my favourite songs in the world and I’ve shown him songs that he loves and adores also,” Eilish added.

“There’s going to be six episodes and my plan is, obviously it’s me and Dad’s show, but then we’re going to have one episode that has Mom come and give us some songs, and then I want to have another one where Finneas comes and gives us some songs. So it’s not like I replaced Finneas with my dad. I mean, it is like that, but it’s not.”

Apple notes that the music on the shows will “span decades and genres, from the popular and well known, to the rare and obscure,” with playlists also available to stream on Apple Music independent of the father-and-daughter commentary.