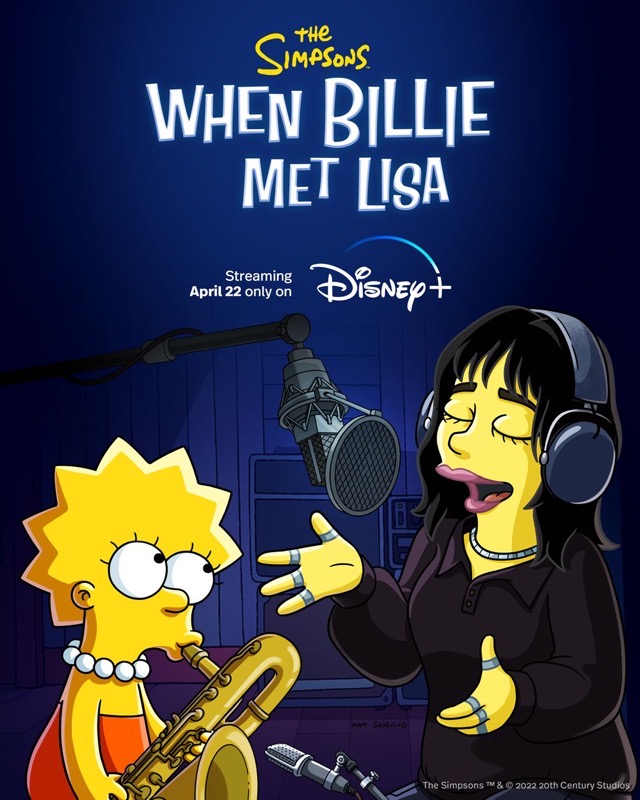 Titled, ‘When Billie Met Lisa’, the synopsis of the short is as follows: “Lisa Simpson is discovered by chart-topping artists Billie Eilish and FINNEAS while searching for a quiet place to practice her saxophone. Billie invites Lisa to her studio for a special jam session she’ll never forget.”

This might come second only to Lisa Simpsons jamming with Michael Jackson in the song ‘Happy Birthday, Lisa’, from the 1991 episode ‘Stark Raving Dad’.

According to Disney, this upcoming short with Billie Eilish will the fourth in a collection of ‘The Simpsons’ shorts made exclusively for its Disney+ streaming service, in partnership with its marquee brands and popular content. Others included the Star Wars and Marvel-themed shorts “Maggie Simpson in ‘The Force Awakens from Its Nap’” and “The Good, The Bart, and The Loki”. Back in November, “The Simpsons in Plusaversary” was released on Disney+ Day.

Taiwan Semiconductor Manufacturing Co. (TSMC), Apple’s primary chip supplier, will also produce advanced 4-nanometer chips at its $12 billion USD under-construction manufacturing facility in the U.S. state of Arizona — reports Bloomberg. The information comes from people with knowledge of the matter, who said TSMC will announce the new plan next week during a ceremony at...
Nehal Malik
38 mins ago