Microsoft’s Bing yesterday announced the launch of new Visual Search capabilities for the Bing app on iOS and Android. 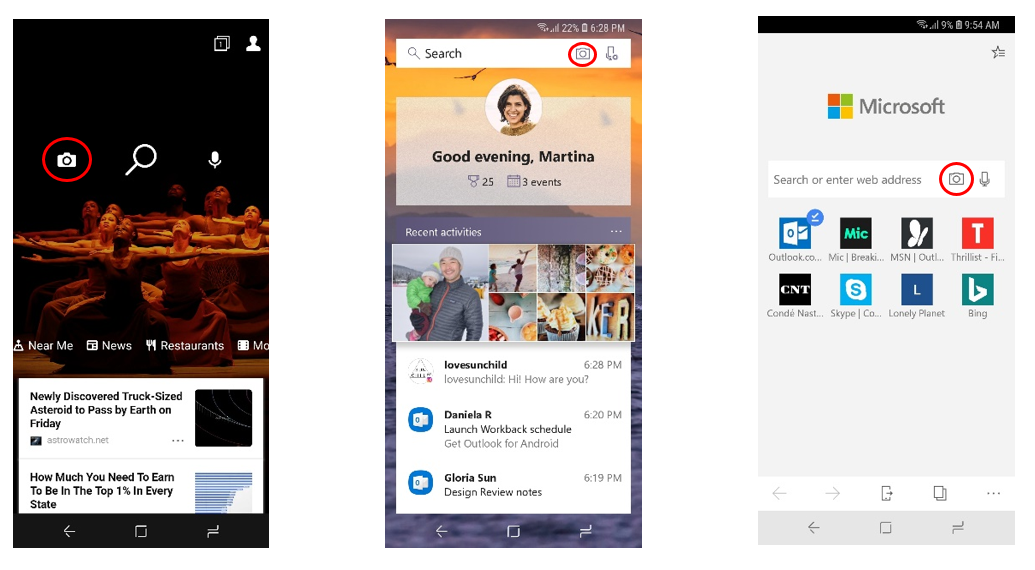 According to a new press release, the new capabilities build on what was introduced with Bing on the Web and now allows you to use your phone camera to learn more about your environment.

With Visual Search, users can take a picture, and search using the picture on the web. Bing will be able to detect things like landmarks and show you more info on things that could relate to the objects in your image. You can also use Visual Search to shop for items — for example, if you see someone wearing a certain t-shirt and want to get a similar one, you can simply take a picture and perform a search to find similar shirts that are easily purchasable through Bing.

“Let’s say you see a friend’s jacket you like, but don’t know its brand or where to purchase. Upload a pic into the app’s search box and Bing will return visually-similar jackets, prices, and details for where to purchase,” Microsoft said.

The tool is accessible from the camera icon inside the Bing app. For photos with multiple objects, the tool also includes an option to draw a box around the object that you would like to search for, instead of getting results for everything the program is capable of recognizing. That is one feature that may set the Bing Visual Search apart from other similar tools like Google Lens.

“The visual search feature uses Microsoft’s computer vision algorithms, which are trained with datasets containing vast amounts of labeled images, as well as images from around the web,” explains John Roach from Microsoft’s research and innovation team. “From the training images, the algorithms learn to recognize dogs from cats, for example, and roses from daisies.”

Microsoft says Visual Search expands on the A.I. already inside Bing Image Search, including a feature launched late last year for uploading a photo to find similar items in fashion and home furnishings.