bKey: An iPhone-Compatible Backup Battery The Size of Your Car Key The bKey, a Kickstarter project developed in Montreal, is a cable free backup battery for your smartphone that is the size of a car key.

Smartphone battery cases are bulky and can block the earphone jack. Small stand alone batteries are often too big for your pocket and require a cable to make them work. bKey easily fits in your pocket and everything is built right in to charge it and use it. You never have to remember to bring a cable or annoying adapter tips with you again. 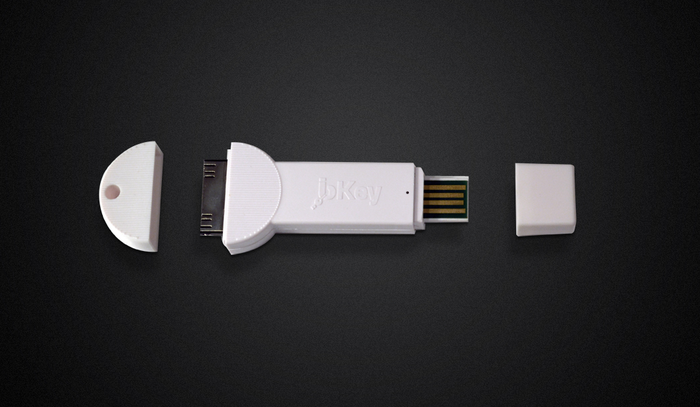 bKey comes with a 270mAh lithium ion battery which can extend the battery life of an iPhone about 17 percent. The device is currently available on Kickstarter for $20. The Kickstarter project has raised over $63,000 which more than doubles its goal of $25,000.

All iPhone 5/5C/5S (8-Pin version) bKeys as well as all Micro-USB bKeys (Samsung, HTC, Blackberry, Windows, etc.) will be equipped with a larger capacity battery! This translates to a 17% increase in battery capacity for a total capacity of 270mAh, which will allow you all to talk, text and surf just a little while longer. In keeping with our mission to provide a highly portable and compact user experience, our engineers were able to accomplish this increase by adding a mere two (2) millimetres (approximately 0.079 inches) in thickness, while leaving the other dimensions unchanged.

If you are interested in the project, you can back the project for a minimum of $1. The Kickstarter project will be funded on September 2.