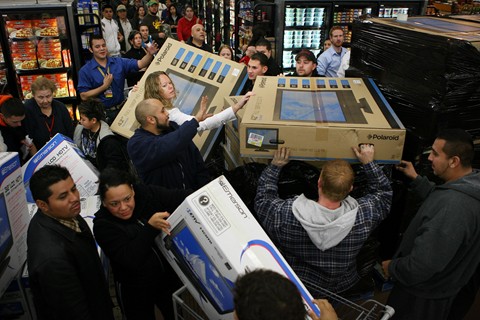 Time for some more frivolous spending this week as Black Friday is near. Aside from Apple’s own Black Friday sale, Walmart and Staples will have some discounts on the iPad and the iPod touch. Here’s what you can look forward to…

These aren’t mind-blowing savings, but they are still discounts on Apple products that never go on sale. It’s also a great way to get discounts on these older generation products if you don’t have an Apple retail store nearby.

Let us know if you’re planning on buying an iPad 2 or 4th gen iPod touch!