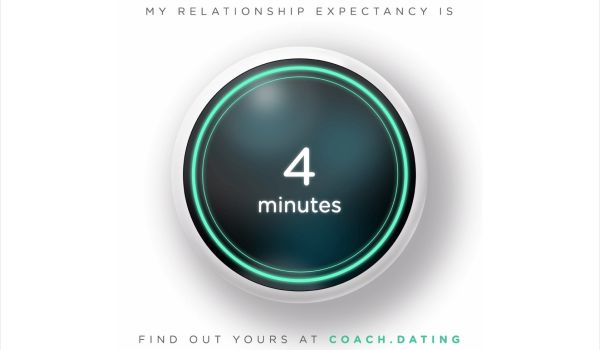 It’s Valentine’s Day, and the beloved TV series Black Mirror has a present for you. They launched a new website inspired by the season 4 episode “Hang the DJ,” in which a dating service called Coach determines your relationship’s expiration date.

The website, coach.dating, asks you to “put your trust in the system.” To use Coach, you share a link with your partner, and then you’ll both be prompted to click Coach’s interface. At this point, the device will reveal exactly how many more years, days, or minutes you have left in your current relationship.

If you both click at the exact same time, you’ll have found your “ultimate match,” but in practice, it feels a lot more random.

The website allows you to download a .jpg of your results. If you don’t wish to do so, you may just close the tab and hold that expiration date at the back of your mind for the years to come. Then again, you could just try again and get a different random answer!