“With an integrated management console, our clients can now see all of the devices they have on their network, manage those devices and connect to them securely,” David Smith, the head of enterprise mobile computing at BlackBerry, said in an interview.

“We now also have a secure work space on Android and iOS that allows our clients to secure and manage the data on those devices as well.” 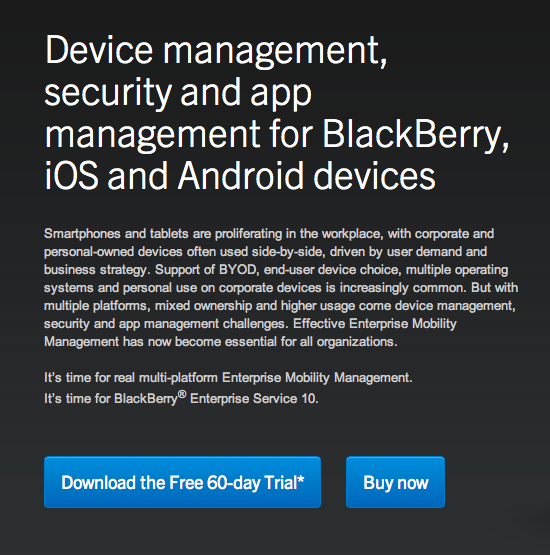 IT managers will be able to isolate corporate email and other business-related apps from personal apps, which could possibly pose a security threat.

BlackBerry says more than 60 per cent of Fortune 500 companies are either testing or using their system, which has been installed 18,000 times. Secure Work Space is managed through BlackBerry Enterprise Service (BES) 10, a new back-end system which entered its closed beta testing phase in March.