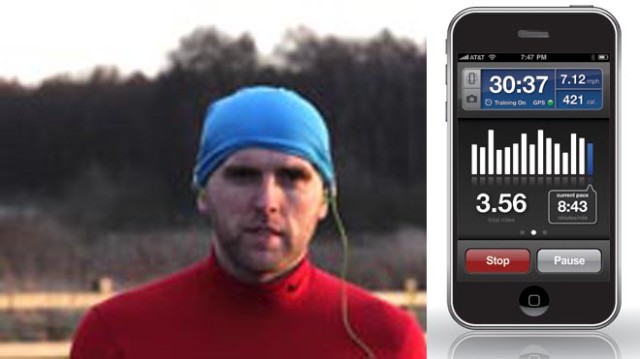 Simon Wheatcroft was chosen to run as a torch bearer for the 2012 London Olympic Summer Games. There’s one problem though–Wheatcroft is blind, but that won’t stop him because his iPhone paired with the running app RunKeeper will make it all possible.

“If you had asked me three years ago if training alone was possible while being blind I would have said no..Now I do it and … I realize perhaps a lot of things are possible.

This allowed me to match distances with markers on my route. So I would pair a dip before a turn with a distance marker from RunKeeper.”

RunKeeper told Fox News they had no idea their app would be used by a blind person and that they are ‘huge fans’ of what Wheatcroft has been able to accomplish. The runner will run the Olympic path on June 26, 2012, and RunKeeper’s virtual coach feature will assist him with vital stats on journey such as pace, distance and duration, all read out over the iPhone’s headphones.

You’ll be able to follow Wheatcroft’s run via RunKeeper’s ‘watch live’ function on the web. This is inspiring stuff. Any barriers in life can be overcome, and in this case it’s thanks to the iPhone.