In his annual blind smartphone camera test, YouTuber Marques “MKBHD” Brownlee used multiple images taken from 16 different phones and had people vote for the best image via Instagram and Twitter. Interestingly, Apple’s flagship iPhone 11 Pro got knocked out in the first round losing to a photo taken by the OnePlus 7T Pro.

MKBHD uploads the pics taken using different smartphones to Twitter in blind polls for his followers to pick their favourites. The lower voted photos are knocked out and the winners go onto successive rounds. The iPhone 11 Pro was eliminated in round 1 by the voters.

Below is the photo that got the iPhone 11 Pro (left) knocked-out when compared to the shot taken by the OnePlus 7T Pro (right). 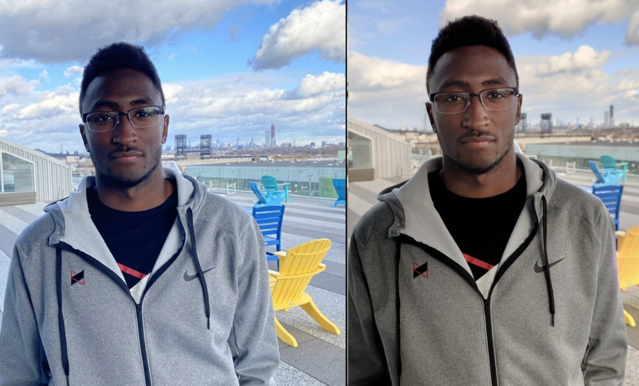 The winner of the not-so-scientific test turned out to be the Samsung Galaxy Note 10 Plus. Check out the full video below and tell us what you think.