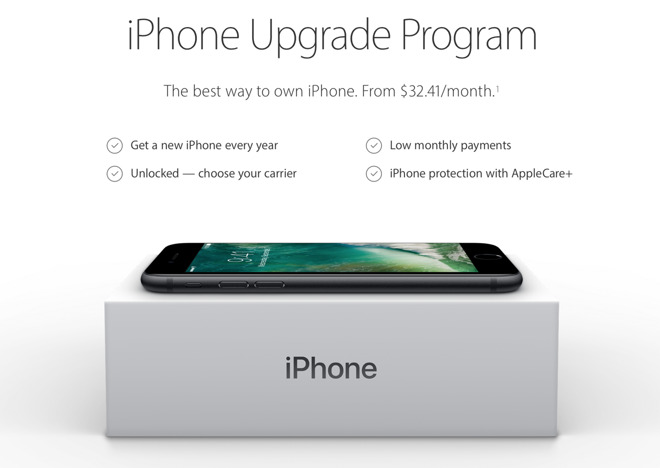 Just days before the iPhone 7 is set to launch, customers are hoping to take Apple to court over its iPhone Upgrade Program. The new class-action lawsuit claims that users who signed up are being “shut out of receiving the latest iPhones.”

Frank vs. Apple Inc. was filed on Monday in the U.S. District Court for the Northern District of California. Law firm Block & Leviton issued a press release announcing it is representing the complainants in the suit, led by plaintiff Emil Frank of Brooklyn, New York.

The lawsuit alleges that Apple’s iPhone Upgrade Program prevents customers from getting “in line” to reserve a handset on launch day. Instead, the complaint says, members of the program have been told to “check back later.”

The lawsuit doesn’t list a dollar amount that the plaintiffs seek, but does seek reimbursement for “all damages sustained as a result of Defendant’s wrongdoing, in an amount to be proven at trial.”

Apple is not only short on stock for users of the iPhone Upgrade Program, however it seems that carriers in Canada will have limited stock at launch as well.

According to a report by MacRumors, Apple has updated its battery replacement policy for the sixth-generation ‌iPad mini‌, allowing customers to get their batteries replaced without requiring a device replacement. Prior to the announcement, if a customer wanted to get their iPad mini 6 battery replaced, Apple Stores, authorized service providers, and repair centers will give those...
Usman Qureshi
35 mins ago

A new Apple support video has detailed how you can use the iPhone's Safety Check feature to disconnect your device from people, apps, and devices you no longer want to be connected to. You can use Safety Check to check whom you’re sharing information with, restrict Messages and FaceTime to your iPhone, reset system privacy...
Usman Qureshi
46 mins ago