According to a report by Patently Apple, Apple is now facing a patent infringement lawsuit from Texas based Bluebonnet Telecommunications over the use of “Call Forwarding” feature on iPhone 4S and iPhone 5. The telecom company claims that Apple allegedly infringes upon its patent titled “Method and Apparatus for Determining the Telephony Features Assigned to a Telephone”, which previously belonged to Siemens Rolm Communications. 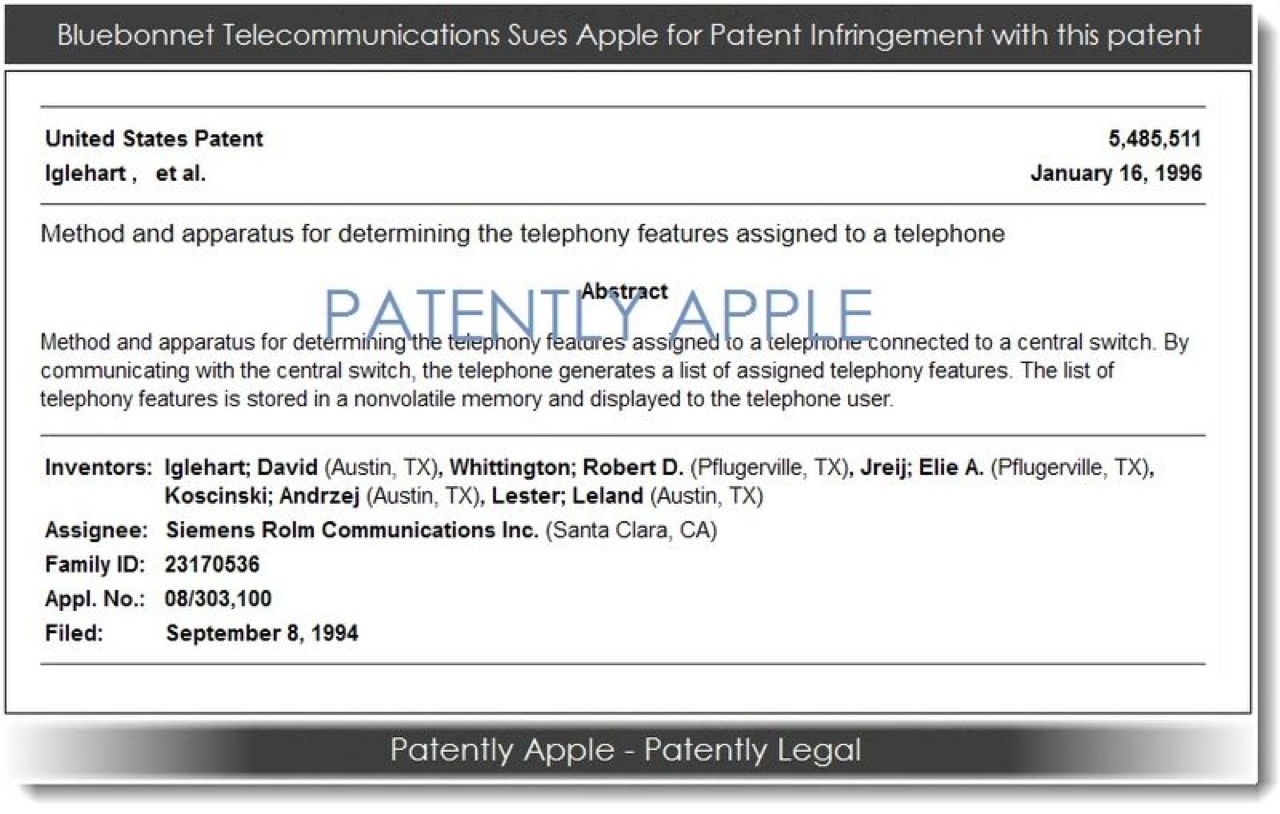 Bluebonnet Telecommunications notes that the patent was acquired by the company back in 1996. The filing states that Apple is indirectly infringing the patent, both as an “inducer of infringement and as a contributory infringer”. Furthermore, Apple is also responsible for a direct infringement of the patent by end-user customer by making and selling the accused smartphones.

“Apple, directly or through its customers and/or intermediaries, made, had made, used, imported, provided, supplied, distributed, sold, and/or offered for sale products and/or systems (including at least the iPhone 4S and iPhone 5) that infringed one or more claims of the 511 patent.

Currently, no Judge has been assigned to the patent infringement case, which was filed in the Texas Eastern District Court, Marshall Office.