BlueStacks for Mac Beta Released to Run 750,000+ Android Apps on your Mac

If you’re looking into running Android apps on your Mac, BlueStacks has released the beta version of their App Player for Mac, reports TechCrunch. Why would you want to do this? Well, it would allow users to run apps such as Instagram and Flipboard on the Mac.

The ability to launch Android apps on Mac and PC machines opens up the door to apps that are proprietary to smartphones or tablets, and also gives developers more exposure to their creations. BlueStacks has over 5.3 million installs of their Mac/PC App Player to date with a ‘healthy’ user base. Check out the video below:

BlueStacks so far has worked as described in our tests. Below is a screenshot of us downloading Flipboard to the Mac, which is pretty much a first: 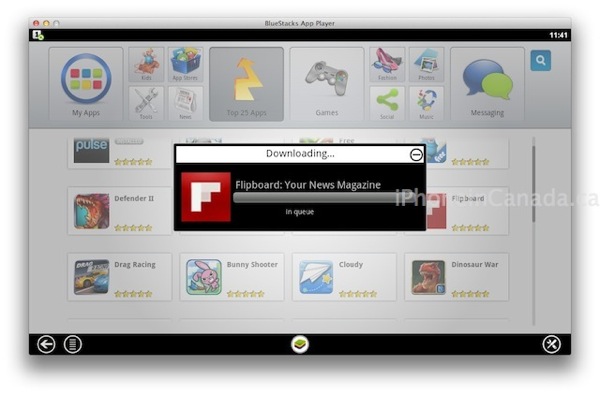 Flipboard looks great and you can use your trackpad to navigate throughout the app: 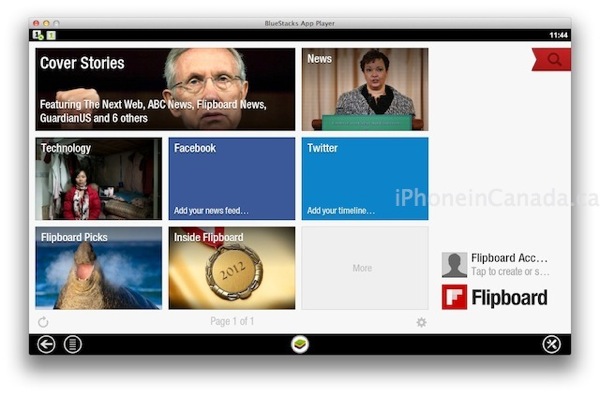 You can download BlueStacks for Mac beta here. Let us know what you think!