GamePop, the upcoming Android-powered gaming console from BlueStacks, will also support iOS games at launch, making it the first such device to tap into Apple’s rich app ecosystem, TechCrunch is reporting. GamePop has also announced that Subatomic Studios, the makers of Fieldrunners, will be its first partner on the iOS side. 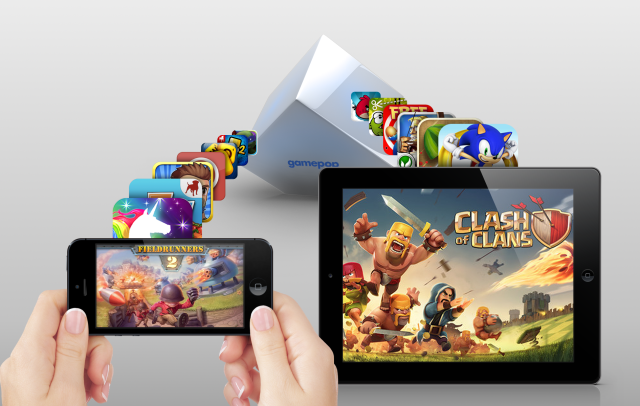 According to BlueStacks CEO Rosen Sharma, in the case where a title is available on both Android and iOS, GamePop will offer the version which is considered the flagship for the title. The company has revealed that it will use a new mobile-to-TV technology called “Looking Glass” to convert iOS games for play on non-iOS devices. Rosen has also made it clear that this isn’t something that’s using Apple APIs or in any way violating the Cupertino company’s rules regarding its iOS software.

“From a technology perspective, it uses virtualitzation, but it’s a different kind of virtualization than what we use for example for our PC products,” he said. “This is more API-level virtualization. We don’t use any of Apple’s bits – the developer just gives us the app and we make sure that it’ll run on GamePop.”

“In iOS the app makes a call and says, for example, ‘draw a menu for me,’ and in GamePop the app would make the same call and we’d be drawing the menu for them,” he said. “At this point, iOS and Android are so similar from an API perspective that it’s feasible to do this. So there’s no difference in terms of performance, and in fact developers on iOS follow such good guidelines that getting them on GamePop is relatively straightforward.”

The console will sell for $129 when it’s launched later this year, but is currently free to pre-order till the end of June.