Bluetooth Inventor Talks About the Future of Wireless

Jaap Haartsen, who invented the Bluetooth standard in 1994 while working at Ericsson, and was also recently inducted into the Consumer Technology Association Hall of Fame, has talked about the development of the standard and the future of wireless technology in an exclusive interview with Engadget. He is currently serving as a wireless expert at Plantronics, a company known for producing audio communications equipment. 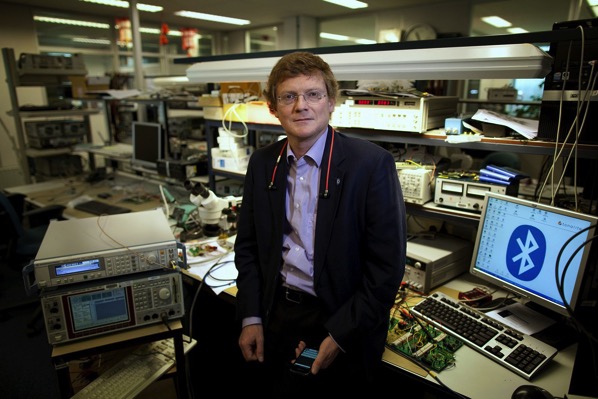 Haartsen recalls the time when he started working on Bluetooth, saying that the audio was limited to mono headsets at that time. But now that Apple has given up on the headphone jack he says, the market as a whole has increased considerably. He also talked about how the quality of Bluetooth audio has improved over time, with better codecs and improved compression technologies.

A lot of people have asked me, “Can we just have one [wireless] system that solves everything for every use scenario?” And I’m still not convinced about that. I still see three different parts when it comes to mobile: large coverage, wireless LAN and ad hoc personal area networks like Bluetooth. Each of those systems has been optimized for their sweet spots. So it’s very difficult to find one system that has all the features you’d have in that.

If you look at the Internet of Things, we need these kinds of aggregated devices, because there are so many slave devices around you that you’d want to connect to. You need aggregators to combine the signaling. It’s no surprise to me that these kinds of devices have arrived in the marketplace.

To read the lengthy interview in its entirety, hit up the source link.

Citing unnamed sources and internal documents, CNBC is reporting that Google is testing new AI-powered chat products to compete with OpenAI’s ChatGPT. Google is said to be testing a ChatGPT-like chatbot called 'Apprentice Bard,’ which uses the company's LaMDA technology. The said chatbot is being tested by Google employees, who ask the bot questions and receive...
Usman Qureshi
60 mins ago