The BMW Group has just announced that it has become the first manufacturer to integrate the EnLighten App by ‘Connected Signals’ into a car, which would allow drivers of BMW Vehicles with iOS Devices to see traffic signal data on the vehicle’s display in real time. For those who aren’t aware, the EnLighten app makes driving in cities easier by helping the driver anticipate traffic signal changes, which can increase safety and help save fuel by avoiding unnecessary acceleration. 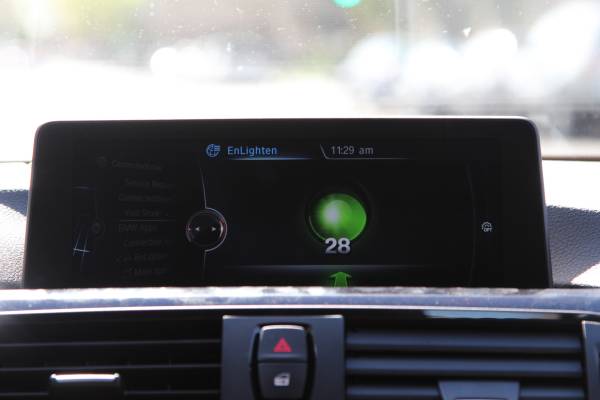 Using the EnLighten app, users can view the current status of the traffic light in front of the car in real time as well as a countdown to when the signal will change. Based on the current vehicle position, as well as its speed, the EnLighten app offers a recommendation about whether or not to stop for the traffic light or proceed through. An audio alert notifies the driver about a pending change in the signal they are approaching.

In order for the EnLighten app to work it requires a city to have an integrated network of smart traffic signals. Supported cities currently are Portland and Eugene, OR and Salt Lake City, UT offering more than 2000 traffic lights. More cities will follow”.

The app has been specially certified by the BMW Group for safe in-car use, and can be downloaded for iOS devices from the App Store for free.

The folks over at YouTube channel TechRax decided to blend Apple’s latest flagship iPhone 14 Pro in a durability experiment and see what happens. Earlier this week, the same folks tried to give the iPhone 14 Pro a facelift by sawing off the rear camera bump. The camera island on the back of this year’s iPhone 14...
Usman Qureshi
7 hours ago