Konami has plans to release a new version of its popular Bomberman, the classic NES hit, to celebrate the game’s 30th anniversary, but it will be a smartphone version for iOS and Android users, reports Famitsu. 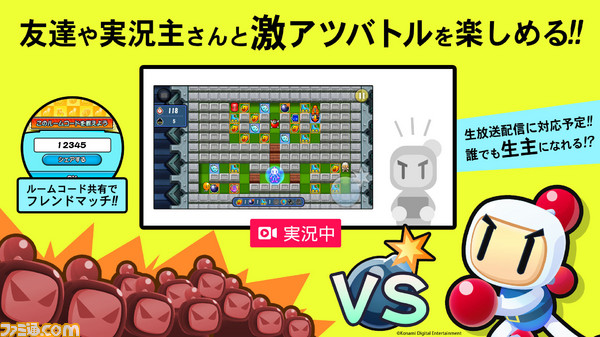 The game’s primary feature will be online multiplayer battle, which will allow all players, whether iOS or Android, to be pit against each other, with a maximum of four players in each game mode (online multiplayer or ‘Friend Battle’). There will also be a solo mission mode where there will be 100 levels for users to take on.

There are no release dates, or confirmation of an international release outside of Japan, but one would expect this highly anticipated title to be released worldwide.