Bon Appétit Shoots its May Travel Issue Cover on an iPhone 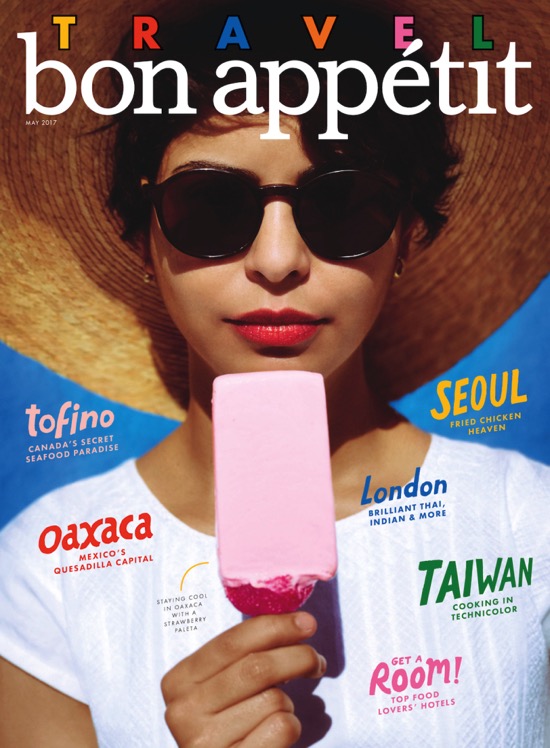 Condé Nast-owned food magazine Bon Appétit’s latest cover has been shot on an iPhone 7 Plus, in the Tlacolula Market of Oaxaca, Mexico. According to TechCrunch, the cover of the magazine’s May travel issue, which shows off a woman with a strawberry Paleta, marks the final step in bringing smartphone photography into the popular food magazine.

Creative Director Alex Grossman said it made sense to finally put an iPhone pic out front with the May travel issue, particularly given the connection between photography and travel.

In Grossman’s view, the iPhone 7 “works really well picking up people and places.” That’s thanks to technical capabilities like the new Portrait mode, but also due to the fact that when you photograph someone with a smartphone, they don’t get nervous or upset, since it’s something that already happens to everyone “15 times a day.”

It must be pointed out that Apple is also a Bon Appétit advertiser. In fact, an ad on the back cover will highlight the fact that the cover photo was taken on an iPhone. It was shot by photographers Peden + Munk, the husband-and-wife team of Taylor Peden and Jen Munkvold. Like Grossman, Peden praised the iPhone’s portability and the “comfortability not having some humongous lens in your face”.

Peden and Munkvold made multiple trips to Oaxaca earlier this year. Munkvold recalled scouting locations on the first visit and creating a mood board of photos to show to Grossman. And since those photos were all taken on an iPhone, they were also geotagged, making it easy to find each spot again.

In the past, magazines like Billboard and Condé Nast Traveler have also published covers that were photographed on an iPhone.

WhatsApp has finally introduced a new feature that makes it easier to message yourself, by allowing you to send notes, reminders, and shopping lists to yourself for easy access (via TechCrunch). The feature called ‘Message Yourself’ is set to reach all iPhone and Android users in the coming weeks. The feature was previously being tested by select beta users,...
Usman Qureshi
28 mins ago

Apple has shared a handy new tutorial on its YouTube support channel, detailing how iOS 16 lets you use a Memoji sticker as your profile picture in Contacts. You can easily create a Memoji in iOS to match your personality and mood, and then send it in Messages and FaceTime. With a compatible iPhone or iPad...
Usman Qureshi
43 mins ago