Jon Bon Jovi had this to say about Steve Jobs, in an interview with The Sunday Times:

“Kids today have missed the whole experience of putting the headphones on, turning it up to 10, holding the jacket, closing their eyes and getting lost in an album,” he said. “And the beauty of taking your allowance money and making a decision based on the jacket, not knowing what the record sounded like, and looking at a couple of still pictures and imagining it… I hate to sound like an old man now, but I am, and you mark my words, in a generation from now people are going to say: ‘What happened?’ Steve Jobs is personally responsible for killing the music business.”

In other news, Bon Jovi is currently on tour, with 42 venues lasting until this Summer, throughout North America (Vancouver x 2, Ottawa, Montreal) and Europe. Maybe Jon Bon Jovi is smarter than we’re giving him credit for. Making an ignorant statement about Steve Jobs will get you unprecedented coverage from blogs and media. Well done, lad.

It’s also interesting to note that he serves on the White House Council for Community Solutions with Jobs’ wife, Laurene Powell. Maybe Jon needs to watch his back during the next council meeting? 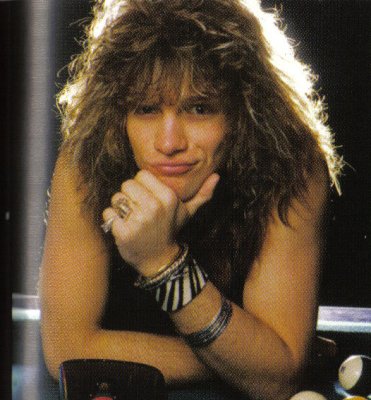