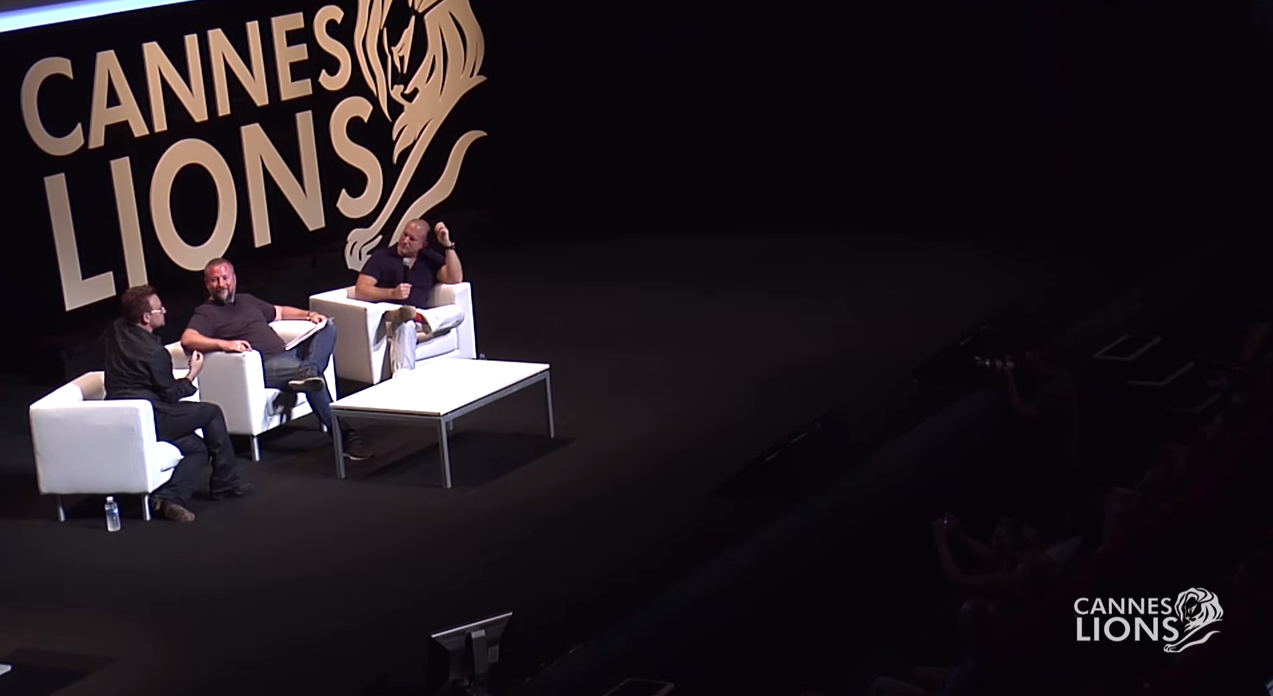 Apple’s chief designer Jony Ive attended the Cannes Lions International Festival of Creativity this past weekend, where he was joined by musician Bono.

At the event Bono was honoured with the LionHeart award for this work with Product(RED) to raise money to help the fight against AIDS. During the event, both Ive and Bono sat down for a 45 minute interview. Cannes has only shared two small portions of the interview.

In the first part of the interview, Bono describes working with Apple’s late CEO Steve Jobs on (Product) RED. Bono recounts how Jobs didn’t want to use parenthesis in the logo because he felt it interfered with the logo. After a disagreement with Bono, Steve decided to include the parenthesis in the brand but never on the products sold in Apple’s retail stores. Below is a clip from the festival (Note: The first two minutes of the video is with Bono and Ive):

Bono and Apple’s Jony Ive have been friends for many years and they continue to work on (Product) RED products together to this day.

Adweek reports that during the interview Bono went on to complain about Apple’s quiet involvement in the program. The musician also brought up the company’s reluctance to use the (Product) RED branding on their devices and accessories. Bono said:

Bono went so far as to stand up, pull out an official (Red) iPad cover and remove the device, illustrating to the audience that the only actual nod to the nonprofit was inside the cover and therefore always obscured by the tablet.

“Where’s the (Red) branding?” he asked Ive. “Nobody can see that. This is modesty run amok. This is the Apple way. They’re like a religious cult.”

“We started in 2006 with one (Red) product, a Nano, and now we’ve got well over half a dozen. It’s been really, really special for us.”

However, Bono did not stop there. The musician is now looking for additional partners who aren’t afraid of getting some attention with their (Product) RED branded devices, accessories, and initiatives.

Bono and (Red) representatives passed around large red glasses as a sort of collection plate. They weren’t collecting money, though. They were collecting business cards.

“If somebody has one product they make that they could just rebrand next year for (Red), that would be really great outcome for us.”

Last year, Jony Ive teamed up with an old friend and industrial designer Marc Newson to create one-of-a-kind products that were auctioned off by Sotheby’s, with all proceeds going to RED.

Apple has raised approximately $75 million to date for (Product) RED. The company has made it very clear that 100 percent of proceeds fund the fight against AIDS/HIV in Africa.