The Brothers Grimsby is the latest movie from hilarious comedian Sacha Baron Cohen, who you may know as characters “Borat”, “Ali G” and “Bruno”. To hype the launch of The Brothers Grimsby, which debuts this Friday in theatres, Cohen has made an Apple keynote speech parody to introduce the new character. 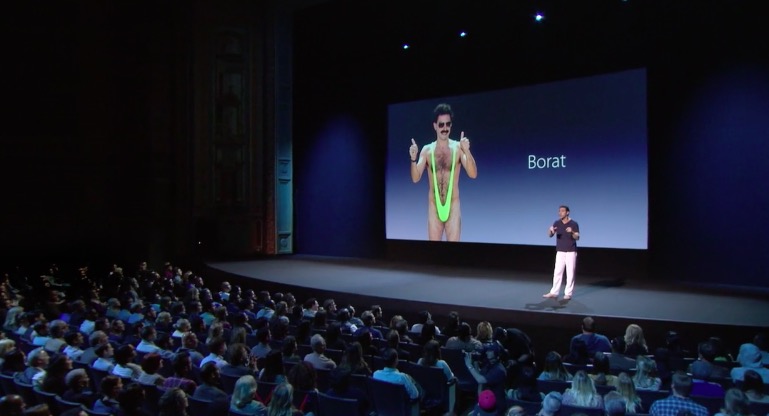 Business Insider shared a condensed clip of Cohen’s Apple-like keynote, which mimics exactly what the Cupertino company special events usually consist of: lines waiting to get inside an auditorium, cheering audiences, a famed keynote speaker (which Cohen looks to be portraying part Steve Jobs but also Jony Ive) and precisely chosen adjectives and lines, like the one below:

“The Brothers Grimsby is our finest, most advanced, product yet. We’ve grown to love it and we believe that you will love it too.”

If you have an American IP (such as via VPN), you can view the uncensored Comedy Central clip below on YouTube (restricted to the USA):

To check out the safe teaser, check it out here over at Business Insider—it’s worth a few cheap laughs.

Below is the official trailer for the movie: