Elon Musk: All 20,000 Boring Company Flamethrowers Have Sold Out 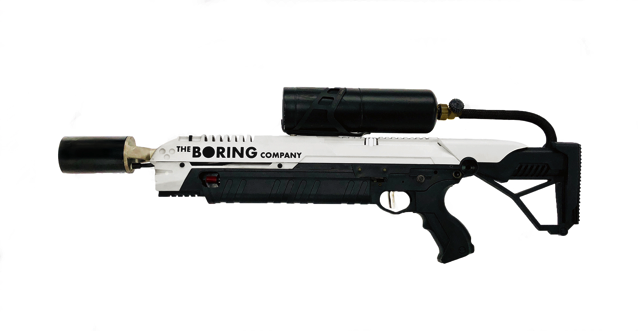 Elon Musk has just confirmed that all 20,000 Boring Company-branded flamethrowers have now been sold out, Engadget is reporting. Pre-orders for the $500 flamethrowers went live just a few days ago as the “world’s safest” fire-breathing weapon.

Don’t do this. Also, I want to be clear that a flamethrower is a super terrible idea. Definitely don’t buy one. Unless you like fun.

Each order will ship with a complimentary $30 fire extinguisher, and will help fund Musk’s tunnel-digging exploits.

That’s $10 million in sales for a product that will ship in spring (hopefully) on a website that admits it’s overpriced and said: “You can definitely buy one for less elsewhere.” If you missed out and absolutely must have a flamethrower ASAP, there are others available. The XM42-M from Ion Productions Team that’s a bit more expensive at $899, but promises a range of over 30 feet.

But for those it absolutely must be a Boring Company product, do not despair as Musk has tweeted that a “snowthrower” would be fun. 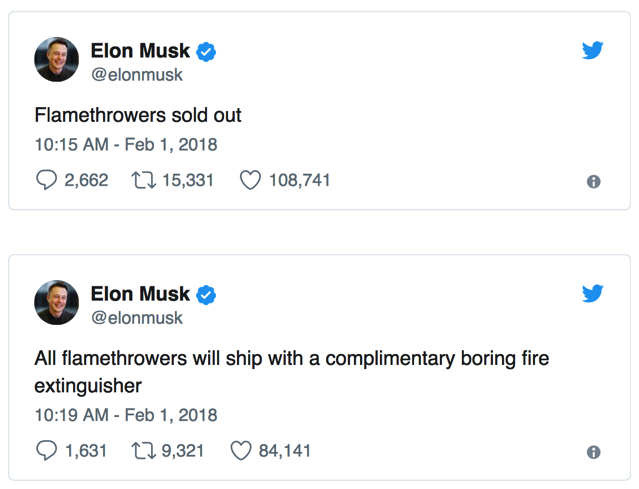