Bosnian NGO Posavina bez mina has warned Pokémon Go players on its Facebook page that they should stay clear of areas littered with unexploded mines left over from the 1990s conflict, The Guardian is reporting. 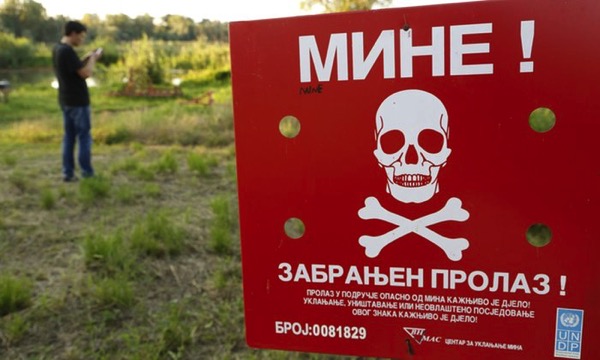 “Today we received information that some users of the Pokémon Go app in Bosnia were going to places which are a risk for (unexploded) mines, in search of a Pokémon,” said the post.

“Citizens are urged no to do so, to respect demarcation signs of dangerous mine fields and not to go into unknown areas”.

Bosnia is still littered with tens of thousands of mines planted during the 1992-1995 war. Around 2.3% of the former Yugoslav republic’s territory is still believed to be covered with unexploded mines and similar explosive devices.

Over 550,000 people i.e. 15% of the population, live close to the areas believed to be contaminated. Since the end of the war, landmine blasts have killed some 600 people and wounded more than 1,100.

Would you risk going near a minefield to catch a rare Pokémon?