The fifth season of Breaking Bad premieres tonight and if you haven’t caught up with the fourth season you’ll be happy to know it just hit Netflix Canada and the USA. As announced on the Netflix blog, AMC’s hit series and Emmy-winning show can be seen in its entirety online:

At Netflix, we are continually working to add great movies and TV shows for our members in the US and Canada. That’s why we’re excited to announce the arrival of Season 4 of the critically acclaimed AMC series, Breaking Bad! 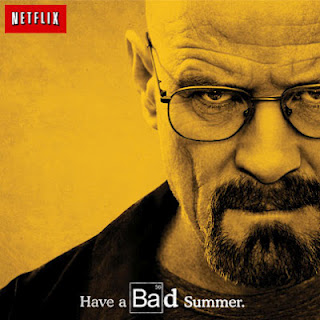 Breaking Bad has been one of my favourite TV shows in a long time and you can now watch seasons 1-4 all on Netflix Canada. The best part about Netflix is the support you get for iOS devices like the iPad and the iPhone, plus the sweet integration with Apple TV. You have to love it when the Netflix library continues to grow.