This 2-week release schedule was common during Apple’s beta releases of iPhone 3.0 firmware. The beta build period for firmware 3.0 lasted a few months in which new beta builds were released every 2 weeks until the official release date on June 17, 2009. 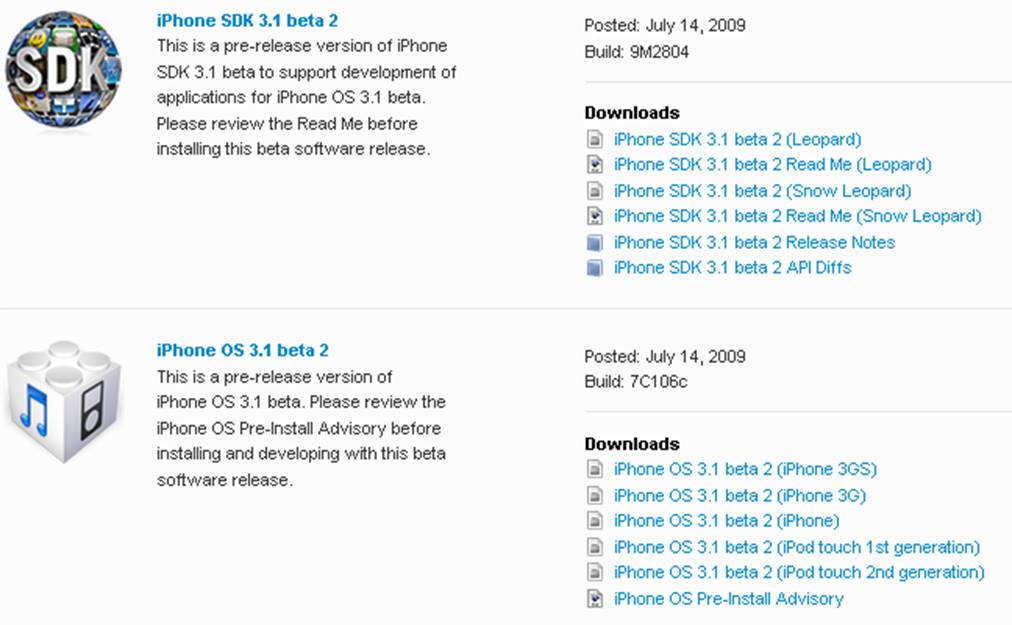 The firmware 3.1 update is to deliver a slew of new enhancements, some of which are detailed below:

Many iPhone/iPod Touch owners anticipated a quick release for firmware 3.1, but with the release of 3.1 Beta 2, we may all be in for a longer wait than originally anticipated.

Also remember, if you have your iPhone/iPod Touch jailbroken or unlocked, you should not update to 3.1 when it is released, as you will lose both your jailbreak and unlock.

Update 1: Firmware 3.1 Beta 2 may prevent users from using IPCC hacks to enable tethering on their iPhone. Currently, this seems to only be affecting AT&T users.

Update 2: Firmware 3.1 Beta 2 may add support for manipulating live video. This can be used in Augmented Reality applications such as ‘Layar’ seen here.