Firmware 3.1 Beta 2 is set to expire July 28, 2009 at 12:00AM which is extremely short notice when compared to previous beta builds that usually expired within 10 days. 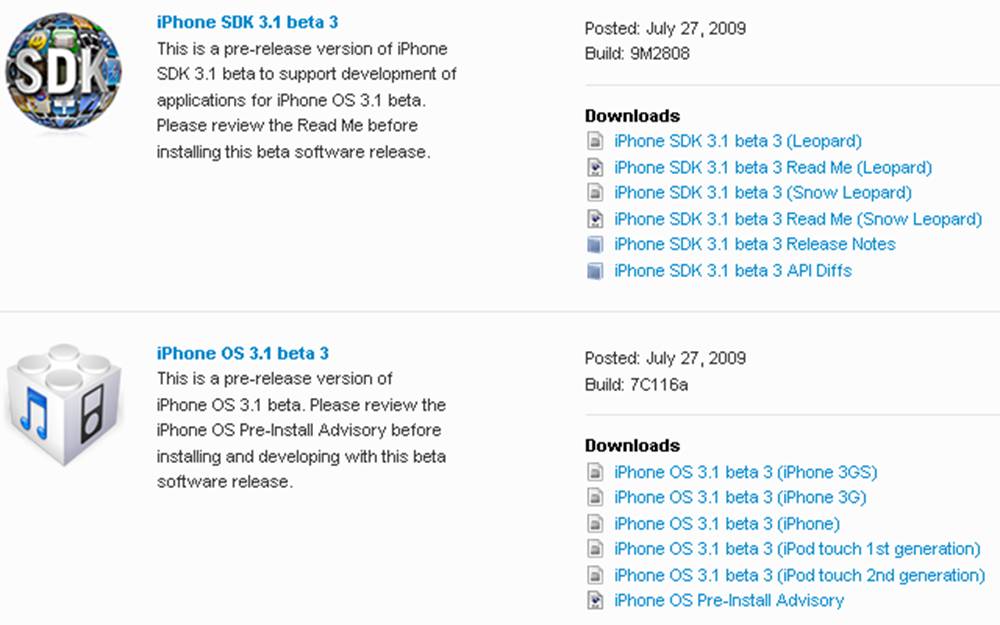 Below are the changes in the Firmware 3.1 Beta 3 update:

Remember, if you have your iPhone/iPod Touch jailbroken or unlocked, you should not update to 3.1 when it is released, as you will lose both your jailbreak and unlock.

Also note that Firmware 3.1 Beta 3, as did Beta 2, continues to prevent users from using IPCC hacks to enable tethering on their iPhone. Currently, this seems to only be affecting AT&T users.

The official release of Firmware 3.1 is expected sometime in early September 2009.