Earlier today, the European Commission ruled that Apple has to pay up to €13 billion ($14.5 billion) in back taxes to the Irish government, after two years of in-depth investigation of the iPhone maker’s tax affairs. Following the Commission’s ruling, Britain and Turkey have both announced that they would “welcome” Apple should the company wish to relocate there as it re-thinks its position in the EU. 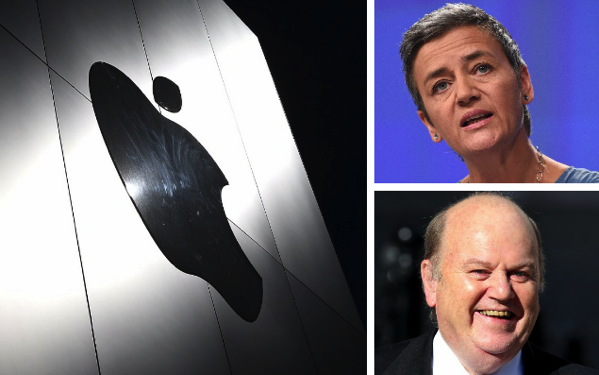 According to The Telegraph, the British Prime Minister’s official spokesman said that the dispute about whether Apple had benefited from state aid was “clearly an issue for the Irish government, Apple and the European Commission”. When asked if the UK would like to see Apple locate here, the spokesman replied: “The narrative of the Government has been well set out. Britain is open for business, we welcome any company wishing to invest in Britain and Britain’s workforce”.

“You have seen today that Liam Fox has laid out that we have had a record year  for inward investment for the year up to May this year which is proof we are one of the most attractive places to do business in – we would welcome any company that is prepared to invest in this country.”

Asked if Apple could negotiate with the Treasury over tax, he said: “We have made clear that all companies that are registered in England pay the tax that they owe.”

Apple should move to Turkey. Happy to provide more generous tax incentives. Won’t have to deal with EU bureaucracy https://t.co/9ceOnauGi0

In response to the Commission decision, Tim Cook said that Apple follows the law in Ireland and everywhere it operates, and that the EU’s order has “no basis in fact or in law”.