Makers of the popular Brydge Pro+ keyboards for the iPad Pro, which feature a multi-touch trackpad to take advantage of iPadOS’s Assistive Touch features, have just announced their new and improved Vertical Docks for all 13-inch, 15-inch, and 16-inch MacBook Pro models. 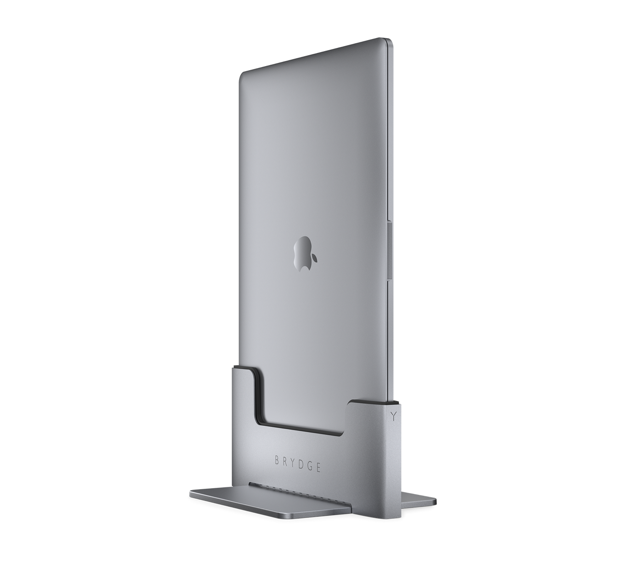 The new Brydge Vertical Docks open up essential space on a crowded desk so you can manage your MacBook’s connections with ease. Guided docking allows you to instantly connect your laptop with all of your devices securely, whereas the Space Gray metal construction matches well with your MacBook.

“Since our acquisition of Henge Docks last year, we have reengineered these vertical docks so users can easily manage connections to and from their MacBook – ultimately creating a sleek and minimalistic desk-space free of clutter. Specific improvements include a refined spring force for sleeve movement, precise connection and chassis protection for the MacBook ports.”