In a recent interview with CNBC Squawk Box co-host Becky Quick, billionaire investor and CEO of Berkshire Hathaway, Warren Buffett, has said that he’s not willing to buy more Apple shares at current levels, although he might consider buying if they continued to lose ground. 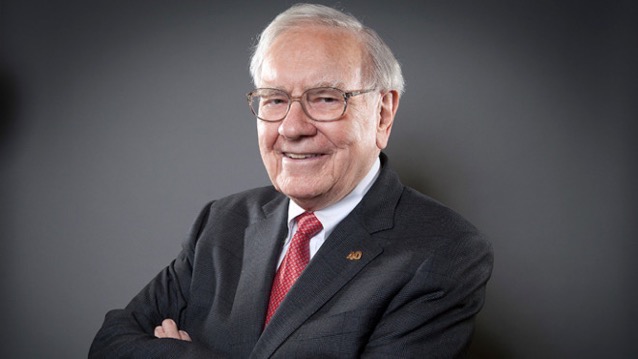 “If it were cheaper, we’d be buying it. We aren’t buying it here,” Buffett said. “I don’t see myself selling – the lower it goes, the better. I like it, obviously.” Last year in May, Buffet had said at his annual shareholders’ meeting that he would love to see Apple go down in price so he could buy more at a bargain.

“I do not focus on the sales in the next quarter or the next year,” he said in August. “I focus on the … hundreds, hundreds, hundreds of millions of people who practically live their lives by it [iPhone].” He also called the iPhone “enormously underpriced” at that time, saying that it’s worth far more than the $1,000 Apple charges.

Buffet noted in his interview that while the latest SEC filings showed that Berkshire Hathaway had slightly trimmed its Apple stake in Q4, it was one of the conglomerate’s money managers, Ted Weschler or Todd Combs, who decided to sell some Apple to make a new investment.

Apple last year became the first publicly traded U.S. company ever to reach $1 trillion in market value, but it’s now worth $832 billion. Berkshire Hathaway is the company’s second-largest shareholder with a stake worth about $43 billion.