“Holy Grail”, a new reusable iPhone screen protector developed by Sir Lancelot’s Armor, which the company claims to be made up of bulletproof tempered glass, has been put to test by the folks over at Ars Technica with a real gun and bullets, to find out whether the screen protector is actually “bulletproof” or is it simply a PR stunt. 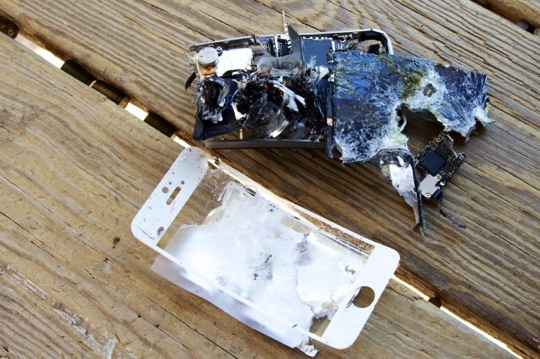 The source tested the two iPhone screen protector samples it received one by one. The first one was put up against a screwdriver attack, which the Holy Grail’s tempered bulletproof glass couldn’t stand up against. However, it seems the iPhone’s screen itself was absolutely fine at the end of all abuse. “The screen protector absorbs the punishment and fractures, but it saves the iPhone from damage.”

The second screen protector was then tested with real bullets:

“Al Trug and the Clear Creek Gun Range graciously agreed to let me come in before regular hours on a weekday morning and mount the second Holy Grail review sample up on one of their targets, this time affixed to my friend Matt’s old iPhone 4. It quickly became apparent that the Holy Grail was not, in fact, bulletproof.

My first round was a little right and knocked the thing off the stand—and also blew a hole through the screen protector and out the back of the iPhone. So in case anyone was wondering if iPhones are bulletproof, we’ve also managed to answer that question at the same time. They are not.”