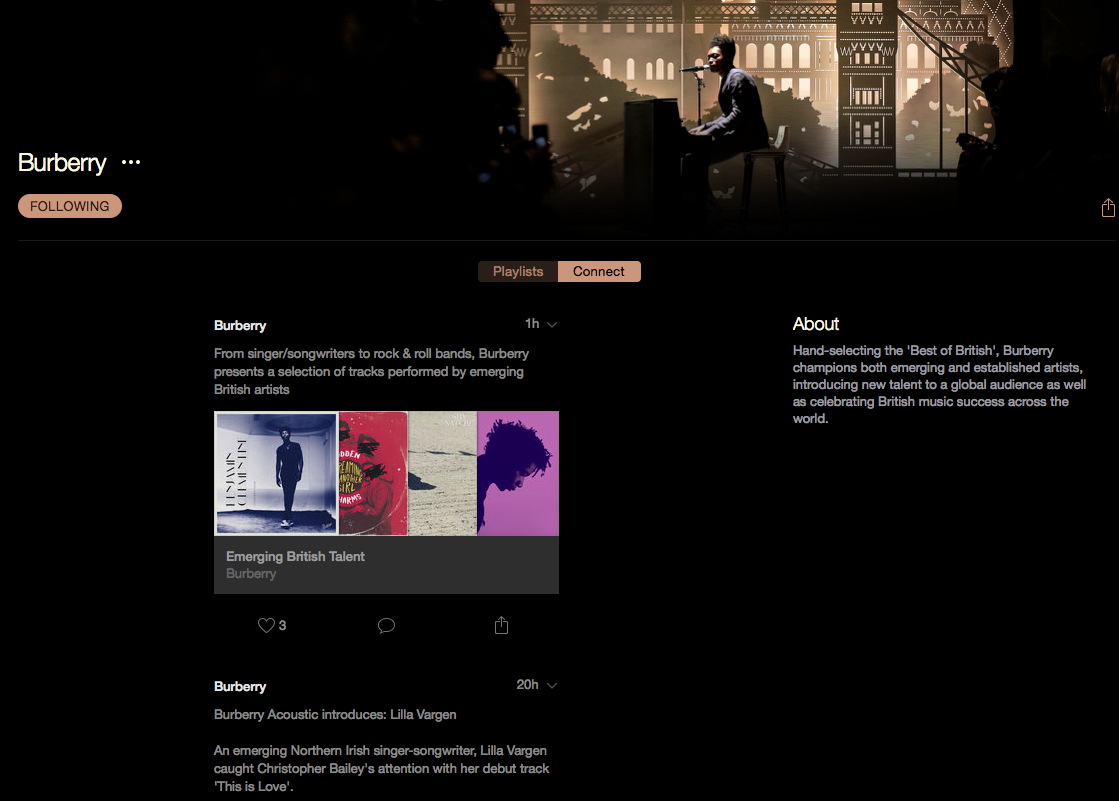 The first luxury fashion house to launch its own curated channel is Burberry, the company announced on Monday, as reported by the New York Times. Burberry’s channel will be listed under “Curator Playlists” and include performances, songs, and films of British artists collaborating with the brand.

Actually, Apple Music turns out to be just the right platform for Burberry, as the fashion house has been working with artists and filming British recording artists since 2010 as part of its Burberry Acoustic program. It already has 100 or so performances, which have been shown on YouTube.

“I am excited about our partnership with Apple on this amazing platform which will enable us to take what we do now with Burberry Acoustic and share it with an even bigger audience,” Christopher Bailey, Burberry’s chief executive and chief creative officer, said in a statement.

The Burberry channel is already live and includes hand-selected “Best of British Burberry champions both emerging and established artists”, but it also aims to introduce new talent to a global audience. Those you’ll find on the channel are: Lilla Vargen, an emerging Northern Irish singer-songwriter, but you can also find a selection of “iconic tracks from across the decades hand-picked by Christopher Bailey.”

The Burberry channel will get a boost in September when the curators post exclusive videos from emerging British artists who will be filmed at the Burberry Womenswear show scheduled for September 21 in London.